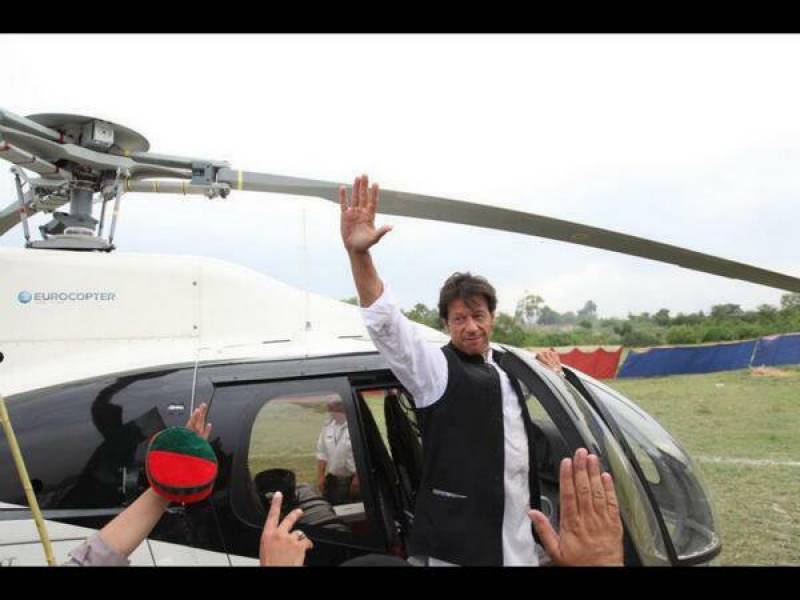 The NAB office handed over a questionnaire to the prime minister-in-waiting Imran Khan to probe his alleged illegal use of KP government’s helicopter.

According to NAB officials, the questionnaire is based on 15 questions over Khan’s alleged illegal use of an Mi-17 and an Ecureuil helicopter for a total of 74 hours, which belonged to the KP government, causing a loss of Rs2.1 million to the national exchequer.

The PTI chief has 15 days to submit his response to the questionnaire.

The anti-graft watchdog had summoned the PTI chief on July 18 in a case pertaining to misuse of Khyber Pakhtunkhwa government helicopter.

Imran Khan skipped appearance and requested NAB KP to fix August 7 or another date in the case as he was busy in the campaign for the general election. He had submitted an application to the NAB through the law firm Babar Awan and Associates, seeking more time for appearance at the NAB KP.

Babar Awan had stated that the party chief was busy in the election campaign as the general elections were around the corner.

In a statement, the PTI welcomed NAB’s investigation into alleged misuse of helicopter and stated that it always supports fair probe. The KP government had denied that Khan had used any official helicopter for his private or personal use.

On Feb 2, the chairman of NAB, Javed Iqbal directed KP Director General (DG) Naveed Haider to ascertain how former KP chief minister Pervez Khattak handed over his official helicopter to someone else and find out if the same was repeated with other individuals.

On Feb 3, Imran Khan said that the KP government had made clear that there was never any personal or private use of government helicopters by him. He also said that NAB was most welcome to examine the issue.

A joint investigation team (JIT), headed by KP DG, was set up to investigate the matter.