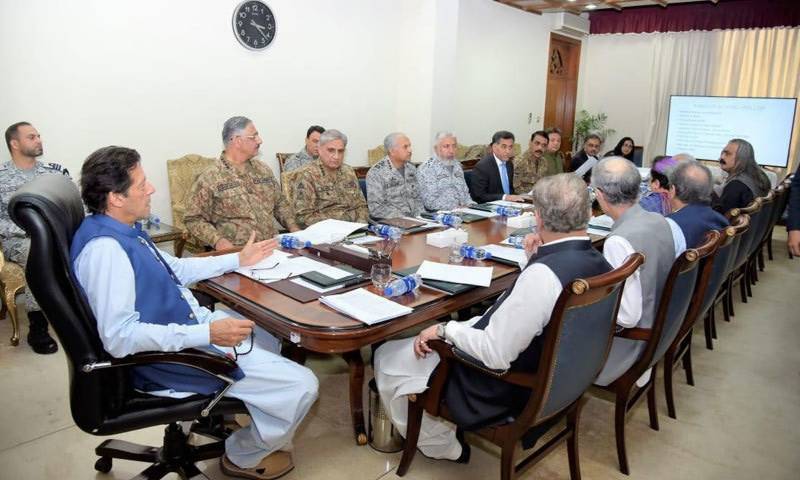 Islamabad (Staff Report/Agencies): Pakistan’s top civil and military leadership on Wednesday decided to suspend bilateral trade and downgrade diplomatic ties with India in light of New Delhi’s "unilateral and illegal actions" through which it abolished the special status for occupied Kashmir.

The decision was taken at the meeting of National Security Committee (NSC) in Islamabad, with Prime Minister Imran Khan in the chair, said a statement issued by the PM Office.

Prime Minister directed that all diplomatic channels be activated to expose the brutal Indian racist regime and human rights violations.

The meeting also decided to review the Pakistan-India bilateral arrangements, take the matter to the United Nations and observe the upcoming Independence Day on August 14 in solidarity with Kashmiris.

1-Downgrading of diplomatic relations with India.

2-Suspension of bilateral trade with India.

4-Matter to be taken to UN, including the Security Council.

5-14th of August to be observed in solidarity with brave