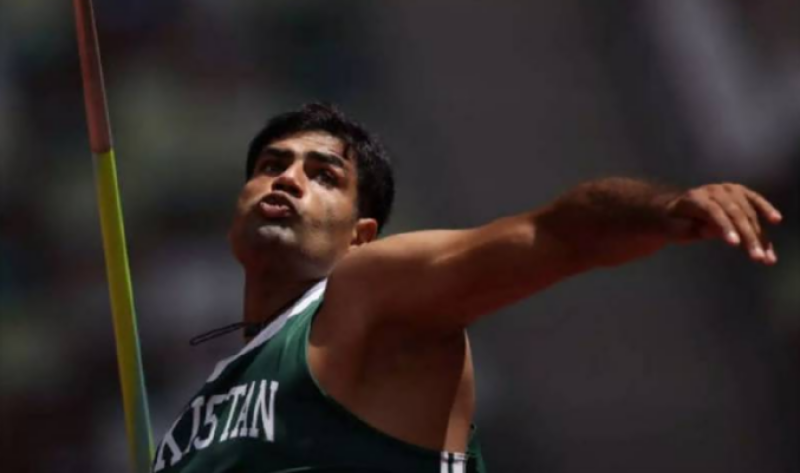 Tokyo (Web Desk): Pakistan's athlete Arshad Nadeem on Saturday missed out at Tokyo Olympics a medal but won the nation over with the spirit and determination as he finished 5th in men's javelin throw event.

With Indian Neeraj Chopra leading the table with a throw of 87.58m, Arshad had to throw at least an 83m distance to enter the top eight, who will then contest for the medals. Arshad was up to the mark and managed a distance of 84.62m in his third and last throw.

In the last round, Nadeem's first throw resulted in a distance of 82.91m, whereas Chopra overstepped and got a foul.

In the second throw, Nadeem threw the javelin to a distance of 81.98, whereas Chopra overstepped yet again and got a foul.

In the third and final attempt, Nadeem was unable to have a valid throw counted as he overstepped the line. Chopra, meanwhile, threw the javelin at a distance of 84.24m.

India's Chopra came in first with a score of 87.58m to win a gold, in a first for the country in the athletics category.

Arshad Nadeem was one of 12 throwers hoping to capture Olympic gold and perpetual glory for their countries.

The athlete from Mian Channu has a personal and season best of 86.38 metres, and is ranked 23rd in the world.