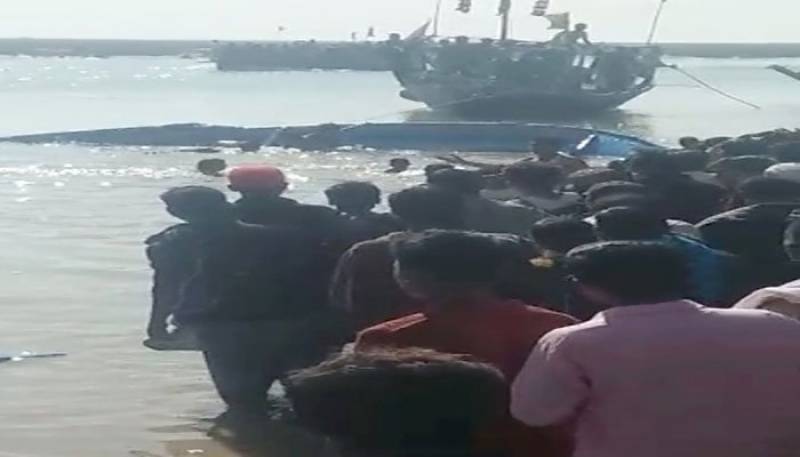 Thatta (Staff Report): At least 17 people died while 20 are being rescued as a boat carrying more than 50 pilgrims capsized on Thursday, near the coastal town of Bohara, police reported.

The sources police added, more than 50 pilgrims, including women and children, were on their way to a shrine ‘mela’ (fair) when their boat capsized in the open sea.

Rescue efforts are underway to save the remaining passengers from drowning, sources added.

The rescue forces shifted the bodies of two women, two children and a man to Sheikh Zayed Sakro Hospital, where they were pronounced dead.

The boat was overloaded with insufficient safety measures, with the strong winds feared to have played a role in the accident.