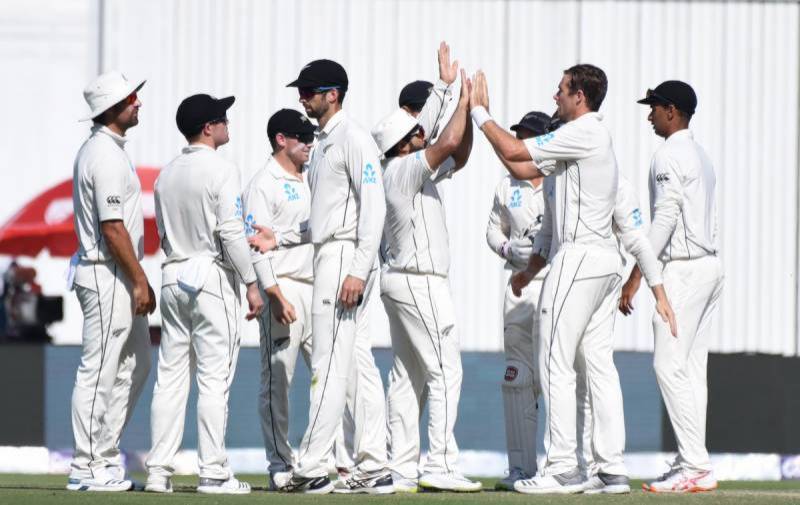 Abu Dhabi (Agencies): New Zealand defeated Pakistan for 156 in their second innings to seal a 123-run victory and a 2-1 series triumph on day five of the third and final test on Friday.

This was New Zealand's first away series win against Pakistan since their 1-0 win in Pakistan in 1969.

Set 280 for victory on the final day, Pakistan suffered two separate batting collapses as New Zealand's bowlers secured a memorable victory at the Sheikh Zayed Stadium in in Abu Dhabi.

Earlier, Henry Nicholls scored his third test century, finishing with an unbeaten 126, as New Zealand declared their second innings at 353-7.

New Zealand won the opening test in Abu Dhabi by four runs before Pakistan squared the three-match series with victory in the second test in Dubai by an innings and 16 runs.

Following the loss, Pakistan slides down to seventh place below Sri Lanka in the ICC Test rankings, while New Zealand consolidates fourth position.