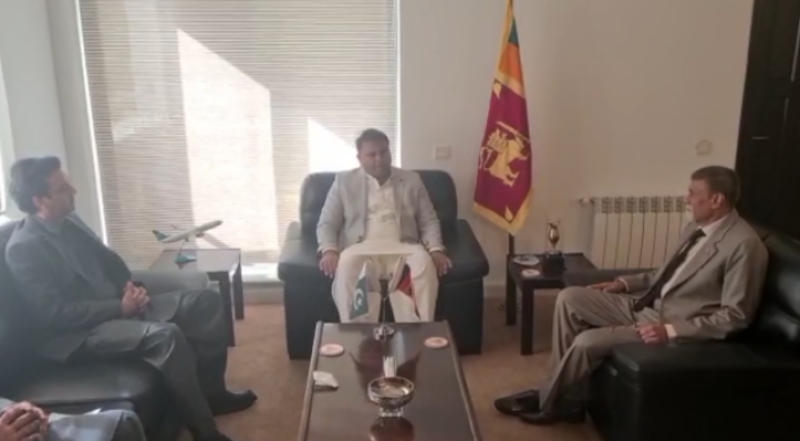 During the meeting, the minister expressed grief and sorrow over the killing of Sri Lankan citizen Priyantha Kumara in Sialkot.

He apprised the High Commissioner about the steps taken by the Pakistan government after the Sialkot tragic incident.

“Sialkot incident has been condemned across the country and all the people involved in the incident have been arrested” the minister said.

On the occasion, the Sri Lankan High Commissioner said they are satisfied with the steps taken by the Pakistan government after the incident. He said the bilateral relations will not be affected by the incident.