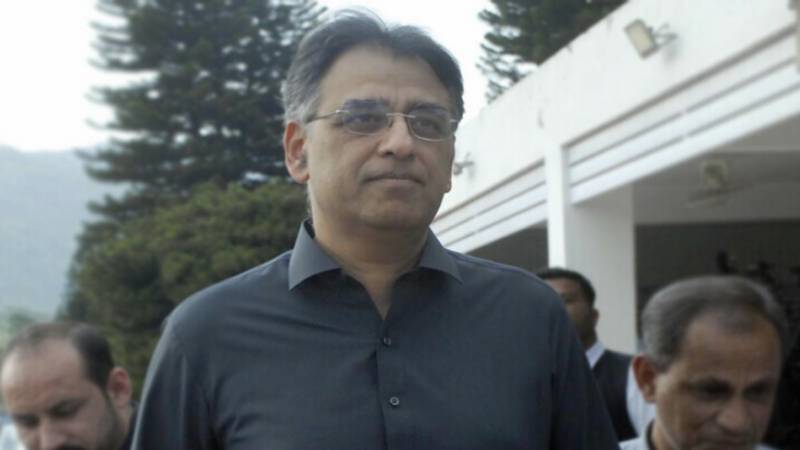 According to details, the PTI leader appeared before the Rawalpindi bench of the LHC which had summoned him today.

Justice Jawad Hassan of LHC's Rawalpindi bench heard the petition which was filed by an additional registrar of Rawalpindi registry against the PTI leader for his 'anti-judiciary' speech.

The Rawalpindi deputy commissioner and the CPO also attended the hearing.

During the hearing, Asad Umar said his aim was not to target the courts or the judges. He added that PTI respects the judiciary and will keep on respecting it.

“My speech did not mention any judge,” the former minister said.

In his remarks, Justice Jawad Hassan told Asad Umar  that he has the videos of PTI leader's statement and does not wish to play them in court.

He said that the problem was not of the contempt of court but the allegations against institutions and their representatives.

'you know what you said in your speech,” Justice Hassan told Asad Umar, adding that the courts allowed the party to hold its long march but they targeted the courts.

The judge also told the PTI leader that Article 50 of the Constitution allows right to movement and Article 60 right to democracy but not criticism of institutions.

“If I crossed any line with my statements then I apologise,” Umar responded.

After the apology, the benched disposed of the contempt case against the PTI leader.

On December 5, LHC's Rawalpindi bench issued contempt of court notice to Asad Umar for his 'anti-judiciary speech' during the party’s long march on November 26.

During the last hearing, Justice Jawad Hassan had remarked that PTI’s Secretary General ‘scandalised the courts, using contemptuous words against the judiciary’.

He said that no institution or personality can be made controversial, under Article 14 of the Constitution, saying the court holds the authority to punish lawbreakers.

The judge summoned Asad Umar in person in the court on the next hearing and sought the video transcript of the PTI leader's speech.

Later, the court adjourned the hearing till December 7 (today).