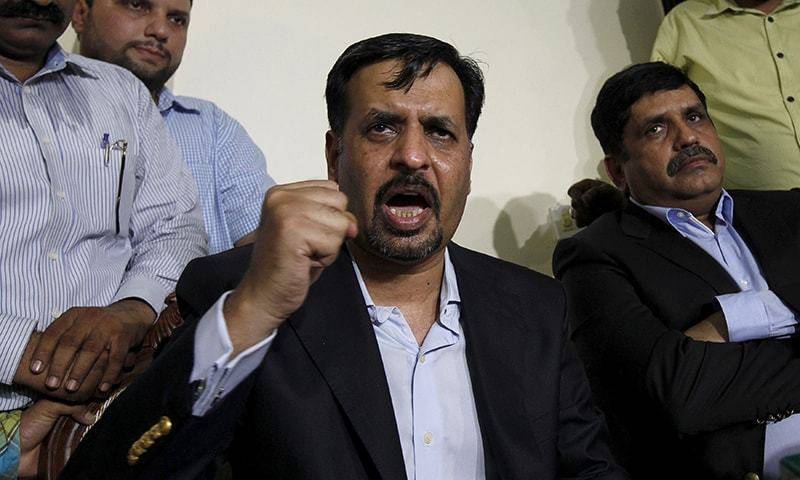 Peshawar (Staff Report): The chairman of Pak Sarzameeen Party, Mustafa Kamal said that former Muttahida Qaumi Movement (MQM) politician Saleem Shahzad who had returned to Karachi ending his self-imposed exile on Monday had no place in his party cadre.

While speaking to media in Peshawar on Tuesday, Kamal said that Saleem Shahzad had not returned to join PSP. He added, “Some people are there, have no place in our party. I won’t mention names but since Saleem Shahzad’s name has propped up time and again, I am left with no option but to come out clear about him.”

For the last 22 years Karachi had been gripped under a wave of terror spread by Indian spy agency RAW, he added, “Investigation from the Scotland Yard also endorses this”.

He added that the fight in Karachi had reached its next level but despite political differences they will only engage in debate and not violence.

Elaborating his trip to Peshawar he said he was here to select presidents for seven divisions of the party in Khyber Pakhtunkhwa.

Earlier, a member of a defunct singular (MQM), Saleem Shahzad, has been arrested at Karachi airport on arrival, AIG Karachi Mushtaq Mahar informed.