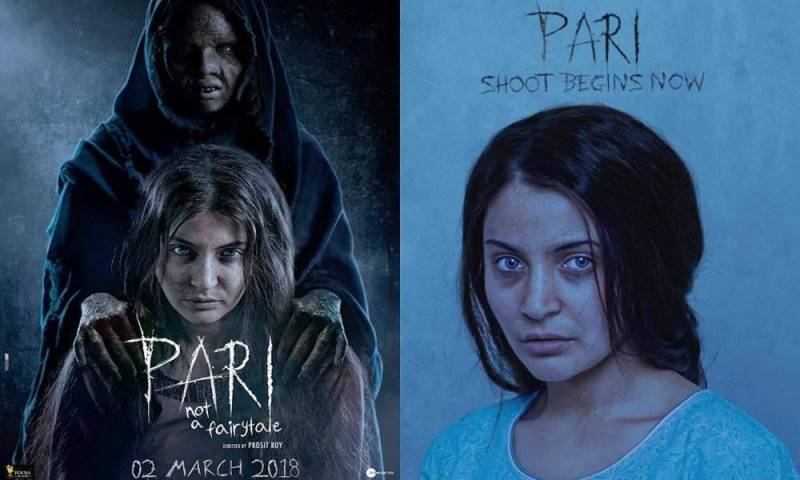 New Delhi (Web Desk): The chilling teaser of Bollywood diva Anushka Sharma's upcoming supernatural film “Pari” is finally out and it is every bit as terrifying as you would imagine a horror-thriller to be.

According to the Indian media the movie is Directed by Prosit Roy, Pari will release on March 2.

The first look of the film was released on Twitter by the actor last year. The first teaser, which was 19 seconds long, showed the actor’s face being slowly splattered with blood. The movie has reportedly been shot in Kolkata and Mumbai. Pari is being described as a supernatural horror. In fact, the title of the film itself claims, ‘Pari, not a fairy tale’.