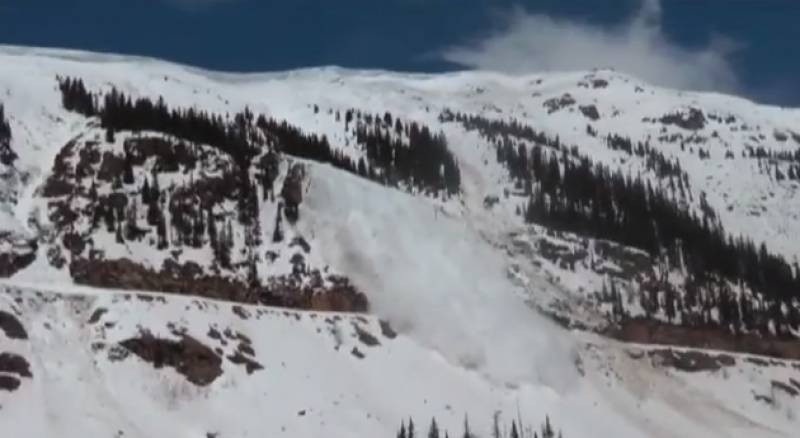 Srinagar (Web Desk): Rescuers recovered the bodies of 11 people in Indian-controlled Kashmir on Saturday, a day after multiple avalanches hit their vehicles in the Himalayan region, officials said.

Thirteen people were swept away by three near-simultaneous avalanches at three places in a stretch of about 10 kilometers (6 miles) on a mountainous road in Kupawara district on Friday.

Two people were rescued alive and were in stable condition at a hospital, he said.

Avalanches and landslides are common in Kashmir and have caused heavy death tolls for the Indian and Pakistani armies camped near the mountainous and forested highly militarized Line of Control that divides Kashmir between the nuclear-armed rivals.

At least 20 Indian soldiers were killed in three avalanches last year, and in 2012 a massive avalanche in Pakistan-controlled Kashmir killed 140 people, including 129 Pakistani soldiers.

Avalanche kills over 14 people in Chitral