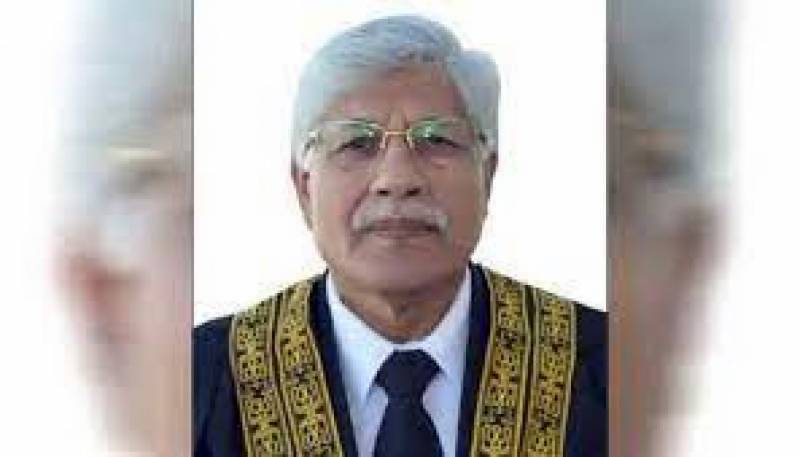 Islamabad (Web Desk): The Islamabad High Court (IHC) on Friday decided to indict former chief judge of Gilgit-Baltistan (GB) Rana Shamim and others in contempt of court case till January 20.

During today’s the hearing, the court was informed that Jang Group owner Mir Shakeelur Rehman could not appear for the proceedings as he had tested positive for COVID-19. I

“The case of three journalists is secondary. Ansar Abbasi or Amir Ghauri’s organisation was spreading a narrative,” said the AGP, adding that the affidavit was issued for a special purpose which is not even before the court.

“Today, Abbasi and Ghauri said that if it [the affidavit] had been in the form of a statement, they would not have published it and [that] the impression of their organisation spreading a narrative should end," said Khan.

The AGP suggested postponing the proceedings against the media personnel and providing a fair trial to Rana Shamim and framing the charge against him.

Rana Shamim's lawyer Abdul Latif Afridi said that he has known Abbasi for a long time and he has only conveyed "the truth to the public". Maybe this incident occurred due to his lack of knowledge on the subject, the counsel prayed.

The chief justice said that the “narrative” is that benches were made by someone else.

“If such is the case then an inquiry should be initiated against those who were sitting in the benches. I have been saying it from the first day that no one can have access to a judge,” the IHC chief justice remarked.

Subsequently, the IHC adjourned the hearing due to Mir Shakeel-ur-Rehman’s absence as he is currently under quarantine due to Covid-19.

On December 28, the IHC had set January 7 to indict Shamim, Rehman and senior journalists Ansar Abbasi and Aamir Ghauri.

The IHC had initiated proceedings against Rana Shamim, investigative reporter Ansar Abbasi, editor-in-chief of a national daily, and its resident editor after an affidavit by the former GB judge published in the newspaper that accused former chief justice Saqib Nisar of influencing the case against former premier Nawaz Sharif and his daughter Maryam Nawaz.