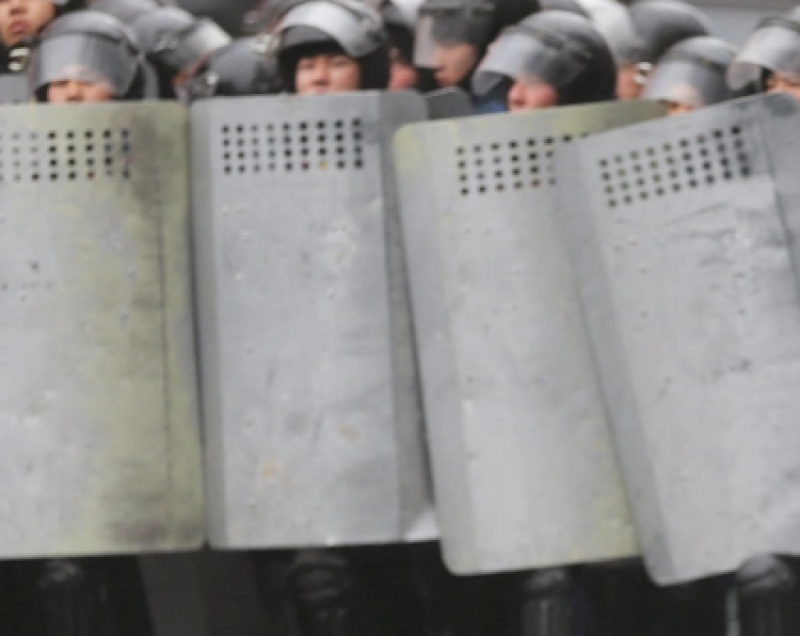 Nur-Sultan (Web Desk): Kazakhstan’s president has ordered security forces to “shoot to kill without warning” as unrest continues in the Central Asian state.

In almost a week of protests, dozens have been killed, including citizens and police.

In a televised address on Friday, Kassym-Jomart Tokayev warned demonstrators would be “destroyed” as part of a forceful “counterterrorist” operation.

The interior ministry said that 26 “armed criminals” had been “liquidated” and more than 3,000 detained since last weekend, while 18 police and national guard service members had also been killed.

At the request of Tokayev, Russia has sent “peacekeeping forces”. They arrived on Thursday, amid warnings from the West to Moscow to respect Kazakhstan’s sovereignty.

The peacekeeping forces of the Collective Security Treaty Organisation (CSTO) sent to Kazakhstan will total around 2,500 people, the RIA news agency quoted the secretariat of the Russia-led security bloc as saying.

These peacekeeping forces will stay in Kazakhstan for several days or weeks, RIA reported, citing the secretariat. The peacekeepers have the right to use weapons in Kazakhstan in case they are attacked by “armed gangs,” it added.