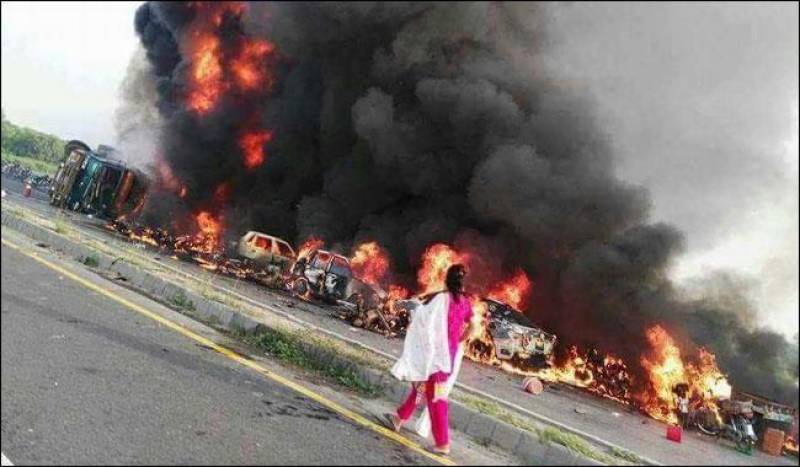 According to reports, the authority has imposed a penalty of Rs10 million on SPL and has additionally ordered it to pay Rs1m each to the families of the deceased and Rs 500,000 each to the injured victims of the incident.

On June 25, a tanker carrying gasoline for the company rolled over, and villagers rushed to collect leaking fuel.

The road accident was caused by "non-professional driving/vehicle being lesser than required specs", the authority said. "The report shows that they have completely ignored the safety standards of the vehicles procured from the contractors," OGRA spokesman Imran Ghaznavi told Reuters, referring to Shell Pakistan.

Officials from the company could not immediately be reached for comment.

The company earlier issued a statement saying: "Road safety is a priority at Shell. Our transport vehicles undergo regular maintenance and checks to ensure road worthiness."

At least 217 people were killed in the explosion and 61 were injured, according to Amir Mehmood, spokesman for Victoria Hospital in nearby Bahawalpur city.

The energy regulator ordered Shell Pakistan to pay a penalty of 10 million rupees ($95,000).

In addition, the regulator ordered the company to pay one million rupees ($9,478) in compensation to the families of each of those killed and half a million ($52,750) for each person injured.

The regulator also ordered the company to upgrade its "infrastructure" in line with its standards.

The OGRA sent a letter to the company on Monday asking for a detailed report on the accident but the authority had not got a reply, Ghaznavi said.

The company has the right to appeal against the fine and compensation demand, he said.