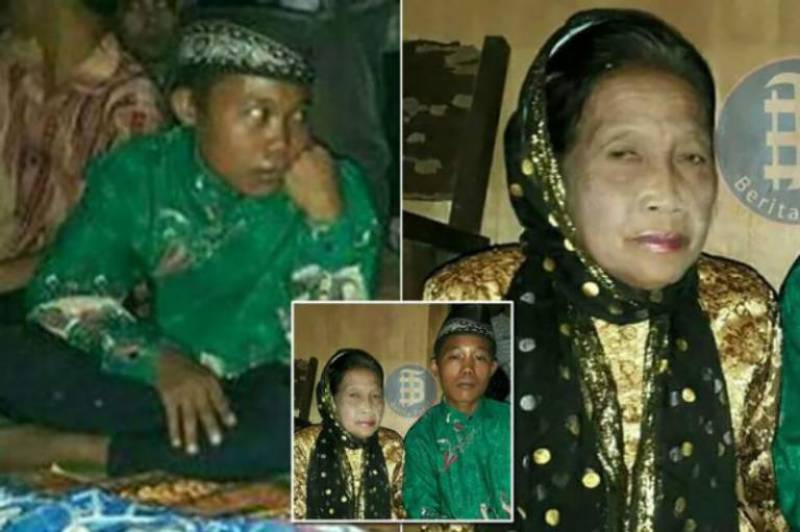 Jakarta (Web Desk): Recently a teenaged boy married his septuagenarian sweetheart after they managed to convince their family to bless the ‘bizarre bond’, from South Sumatra, Indonesia.

According to details, Selamat Riayadi, 16, and 71-year-old Rohaya with a 55-year age gap, were badly in love with each other that they threatened to take their own lives if their families didn’t give their blessing for the controversial union. However, it’s unclear how and when Selamat and Rohaya fell in love. The two lovebirds fought for their love but it was not easy. Selamat somehow managed to convince his parents to give him their blessing and even attend the ceremony, however, it was much harder for Rohaya to convince her family.

Rohaya was a widow who had already been married twice and had a 19-year-old son, so her 75-year-old brother – her closest living relative – feared that the marriage would shame their family.

The state media of Indonesia reported, during a wedding ceremony held at the house of their village chief, in Karangendah Village, South Sumatra, the odd pair tied the knot on Saturday.

The wedding was held at night, hundreds of people attended the special wedding despite the fact that they tried to keep the number of visitors to an acceptable number, because their controversial love story had already attracted an unmanageable number of visitors from neighbouring villages.