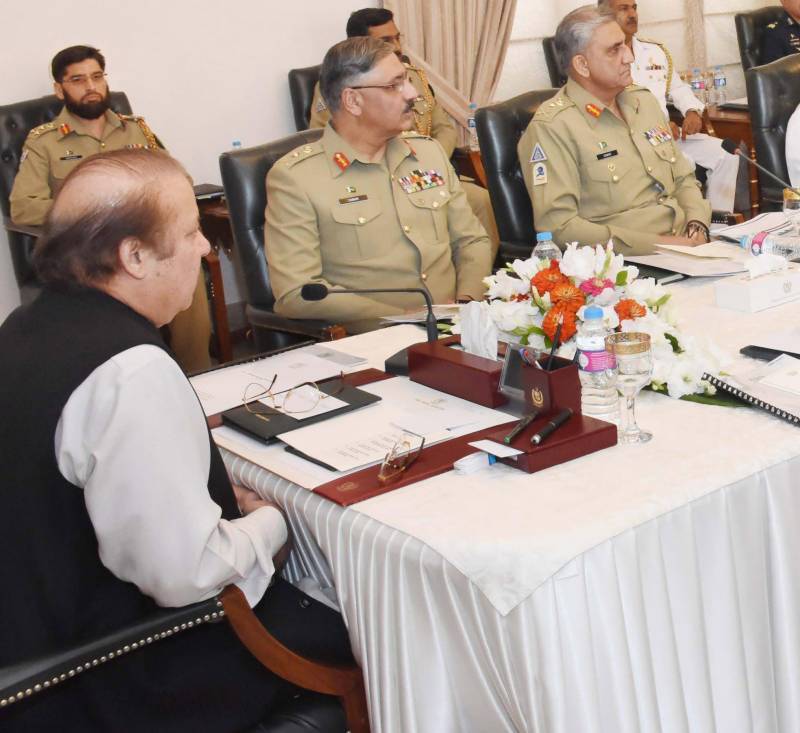 Islamabad (Web Desk): National Security Committee (NSC) has reiterated that regional peace and progress are directly linked to resolution of all outstanding issues, including Jammu and Kashmir.

The committee, which met under the chair of Prime Minister Muhammad Nawaz Sharif in on Friday, said no other country in the world has done as much for global safety and security as Pakistan at a huge cost of both men and material.

The participants said Pakistan has acted as a frontline state in global counterterrorism efforts with unparalleled sacrifices and successes, Radio Pakistan reported.

The sacrifices of security forces, law enforcement agencies and the national resolve in fighting the scourge of terrorism were acknowledged and appreciated during the meeting.

The meeting also reiterated that Pakistan will continue to work for peace and progress in Afghanistan through an Afghan-led and Afghan-owned peace process.

This, however, requires simultaneous efforts by the Afghan government for restoring effective control on its territory.