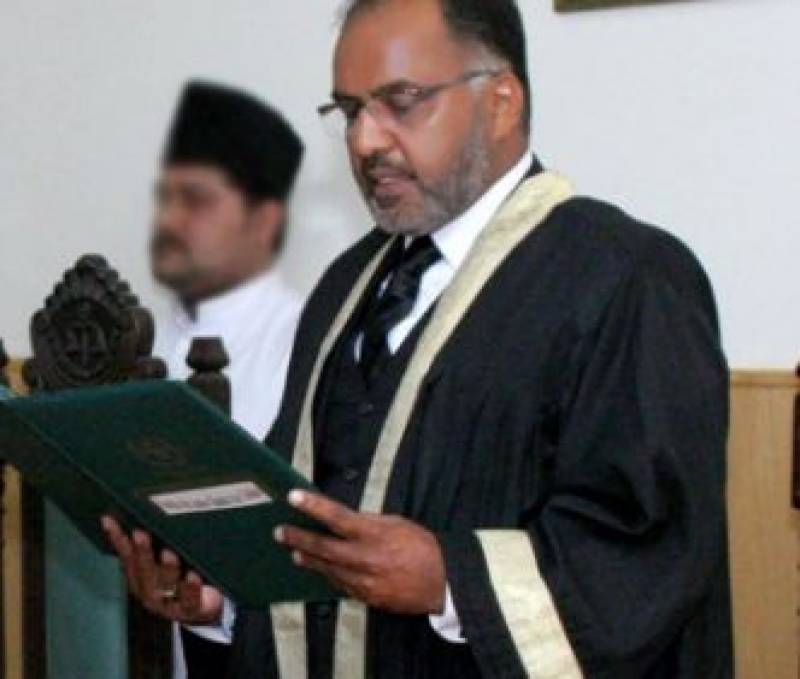 Islamabad (Staff Report/Agencies): The Supreme Judicial Council (SJC) on Saturday made history by deciding to conduct trial of a sitting high court judge in open court for the first time.

The complaint against the IHC judge has been pending since 2015 in which several charges were framed against him.

The reference against IHC judge alleged him of misusing his authority for personal gains.

A former director of the Capital Development Authority (CDA), Muhammad Anwar Gopang, had filed the reference charging the judge for pressurising the CDA to construct a special cage for his pigeons on the rooftop of his official residence; the amount spent to construct the cage was not shown in the final bills.

The reference accused the honorable judge of shifting his residence thrice in search for a ‘better’ abode. He then allegedly compelled CDA to renovate his existing residence despite the fact that the house was the property of the Public Works Department (PWD) and PWD was responsible for its renovation.

The reference said his private secretary wrote a letter to the department concerned demanding change of residence for the third time. Eventually, he got House No 2-A in Sector F/7-4, which was on the pool of the PWD.

The house needed repair and renovation. On the insistence of Justice Siddiqui, the renovation work was carried out by the CDA, which cost the national exchequer more than Rs 12 million. The complainant also submitted documentary evidences in support of his application.

Another charge was leveled in the reference that Justice Siddiqui had very close terms with CDA Director Manzoor Hussain Shah and had ordered the CDA to allot a plot to him. The estimated market value of the first plot was Rs 10 million whereas the plot which the officer got on his choice was worth Rs 50 million, Daily Times reported

According to the reference, Shahid Singha fell ill and admitted to a private hospital. On the orders of Justice Siddiqui, the CDA had to pay for his medical treatment that cost the authority Rs 377,986.

The applicant requested the SJC to take stern action against Justice Siddiqui.