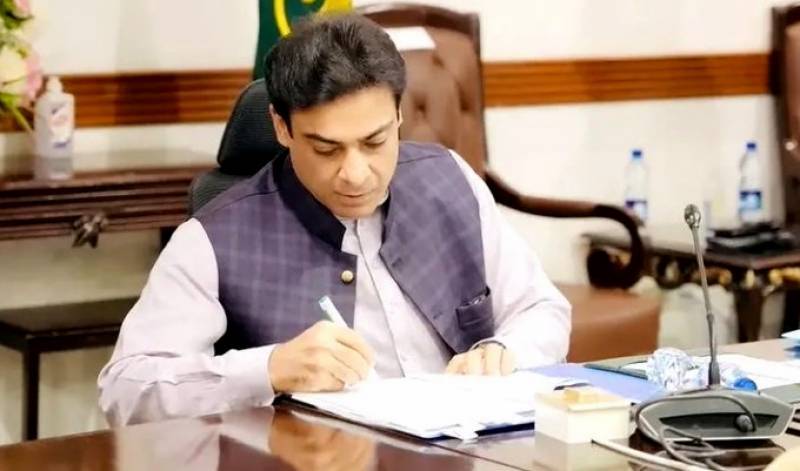 A three-member bench of the ECP headed by Chief Election Commissioner (CEC) Sikandar Sultan Raja issued a stay order against the implementation over the CM's announcement.

The hearing was held after the Commission issued a notice to Hamza, seeking his reply for the alleged violation of the electoral code of conduct by announcing free electricity for a specific group of consumers in the province ahead of the by-elections.

The ECP had sought a reply from the provincial chief executive on July 7.

The reply submitted by Hamza's counsel Khalid Ishaq stated that the CM's relief package is for entire province except for constituencies where by-polls are being held.

The programme was a part of the provincial budget announced last month, he said.

However, ECP Sindh member, Nisar Durrani, said that when the chief minister made such announcements during an election campaign, it would be considered an attempt to influence the outcome of the polls.

Ishaq responded that if the government wanted to influence election results, it would not have increased petrol prices.

At this, the ECP Sindh member pointed out that the provincial government did not have the authority to raise petrol prices.

In his remarks, CEC Sultan asked why Hamza held a separate press conference if the programme was already included in the budget.

He said that the ECP is bound to give equal opportunities and the announcement has directly affected the by-polls.

Subsequently, the CEC suspended the Punjab government's Roshan Gharana programme till July 17, maintaining that action would be taken for violating the code of conduct.

The electoral watchdog emphasised that elections would be transparent in the 20 constituencies of Punjab.

The CEC further added that the provincial government should start the Roshan Gharana programme after the by-elections on July 17.

On July 4, Hamza Shehbaz had announced free electricity for households consuming up to 100 units from July under “Punjab Chief Minister Roshan Gharana Programme”.

The relief programme is supposed to benefit, as claimed by the provincial government, an estimated nine million poor families, about half of the population of the province.

The announcement was made in the wake of a ban imposed by the ECP on initiating any development projects until the by-elections on July 17.