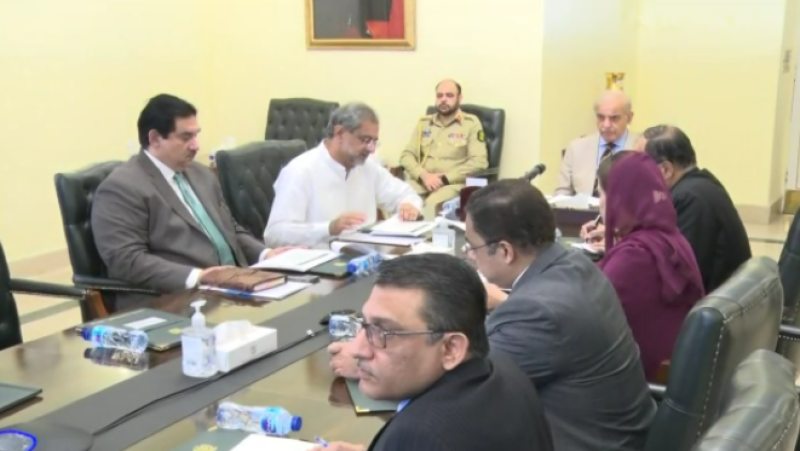 Islamabad (Agencies): The government is set to announce a comprehensive National Solar Policy on August 1 to provide cheap and environmental-friendly electricity to the general public.

According to details, the decision was taken by Prime Minister Shehbaz Sharif as he chaired a high-level meeting of the Energy Task Force aimed at addressing the problems of energy shortage in the country.

The implementation of the National Solar Policy will be subject to approval by the Council of Common Interests.

The chief secretaries of four provinces joined the meeting through a video link.

PM Shehbaz directed the task force to get feedback from the provinces on the draft solar policy and stressed ensuring unanimity of views at the provincial level on the projects of alternative energy generation.

During the meeting, it was decided to shift the Prime Minister’s Office and the PM House to solar energy within one month.

The prime minister said the government was committed to making the country self-reliant in energy generation.

He mentioned that solar power was a clean and green way of electricity generation and said the solar projects would mitigate the issues such as distribution losses, power theft, and circular debt.

"Affordable solar power would reduce the burden of inflation on the common man," PM Shehbaz said.

The meeting was informed that a proposal for converting the fuel-based powerhouses and the 2,000 feeders of 11 KV to solar generation was on the cards.

Switching the government buildings to solar power generation was also discussed in detail.

It was told that in the next 10 years, solar plants with 1,000 megawatts generation would be installed at the government buildings on a BOOT (Build-Own-Operate-Transfer) basis.

The meeting also discussed the proposals for B2B (business-to-business) and mini solar grids.

It was highlighted that a plan to convert 30,000 tube wells in Balochistan to solar power was under consideration with a cost of Rs 300 billion.

The meeting also discussed the proposal to provide solar plants to individuals with a facility of net-metering.

Later, addressing a news conference in Islamabad, Minister for Power Khurram Dastgir Khansaid the Ministry of Power gave a detailed briefing to the prime Minister on the solar policy.

"Under the policy solar plants will be installed alongside thermal plants at seven thermal plant sites in the country. He said this will help lower cost of electricity," the minister said.

Khurran said that tube wells will also be shifted on solar power and in the first phase these will be diesel run tube wells.

About the current situation of loadshedding, he said that our electricity production is more than 3800 megawatts right now.

The minister said that Lucky coal power plant has started working after repair and improvement in supply of coal to other coal fired power plants will further reduce loadshedding in the country.