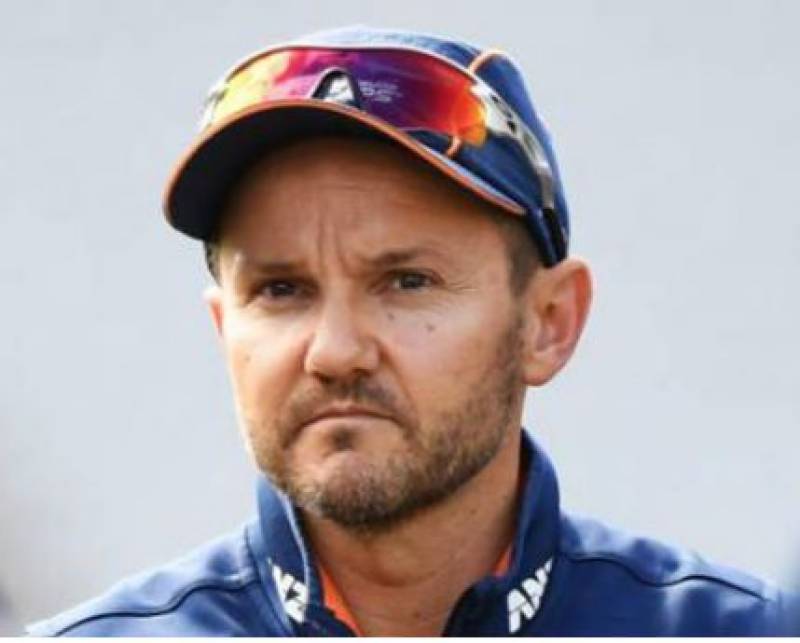 Wellington (Agencies):  Mike Hesson stunned New Zealand cricket on Thursday by announcing he will step down as coach at the end of next month, less than a year out from the World Cup.

The 43-year-old, who was appointed to the role in 2012, is to leave the job on July 31. He said in a statement he wanted to spend more time with his family and felt he could not commit to the job for another 12 months.

"This job requires 100 percent commitment and is all-consuming," Hesson said.

"I know what's required over the next 12 months, but if I'm honest, I don't feel I have the capacity to give the job what it deserves.

"The idea of missing a match, a tour or a format, as has been proposed at different times, has never sat well with me."

Hesson, who was a surprise choice for the role in 2012, had a rocky start when he dumped Ross Taylor as captain but turned the team around, guiding them to the 2015 World Cup final and the world's top ranking in T20I cricket.

New Zealand were also ranked as high as second for one-day internationals and third for tests during his tenure, which would have officially ended after the May 30 - July 14 World Cup in England and Wales next year.

NZC Chief Executive David White said in a statement he was reluctant to see Hesson leave.

"Mike has overseen one of NZC's most successful periods of international cricket, he's more than realised the potential we saw in him back in 2012 and has grown into one of the most respected coaches on the international circuit.

"I tried to persuade him to stay on for another 12 months but his mind was made up."