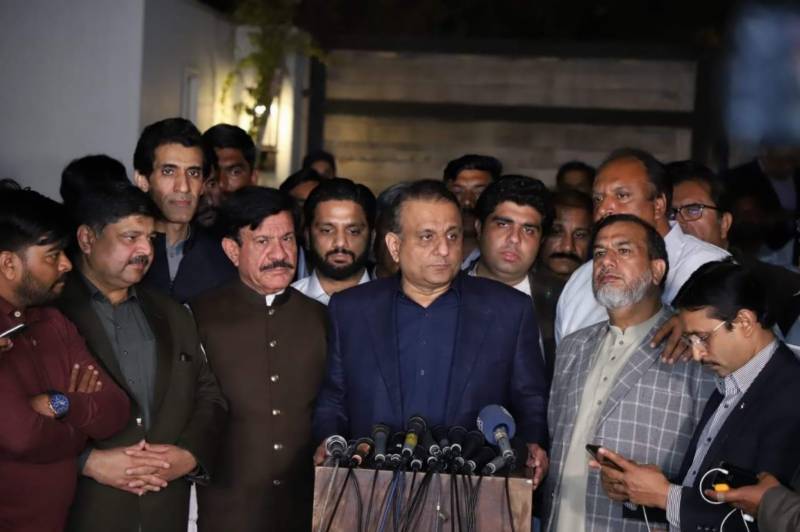 He said that Jahangir Tareen had played a crucial role in the history of the party but he was sidelined.

Aleem Khan said that all those people who worked for Naya Pakistan alongside the prime minister, why were they ignored? There is no answer for this.

"Other people surround the leader when governments are formed," he said, adding that "committed and loyal" workers were pushed to the side.

Aleem Khan said that he would not have been disheartened if the party's popularity had been growing, but said that there were growing concerns among party workers and loyalists about the government's performance in Punjab.

The former provincial minister said he spoke to around 40 MPAs in the last four days, and a majority of them expressed concerns over the situation of the government in Punjab.

Responding to a question regarding no-confidence motion against the government, Aleem Khan said that the decision will be taken after mutual consultation with all disgruntled members whether to support the opposition move or not.

The development comes ahead of the Opposition's plan to table the no-confidence motion against Prime Minister Imran Khan, PTI leader Khan has been contacted by the senior leadership of Pakistan Muslim League-Nawaz (PML-N), the sources claim.