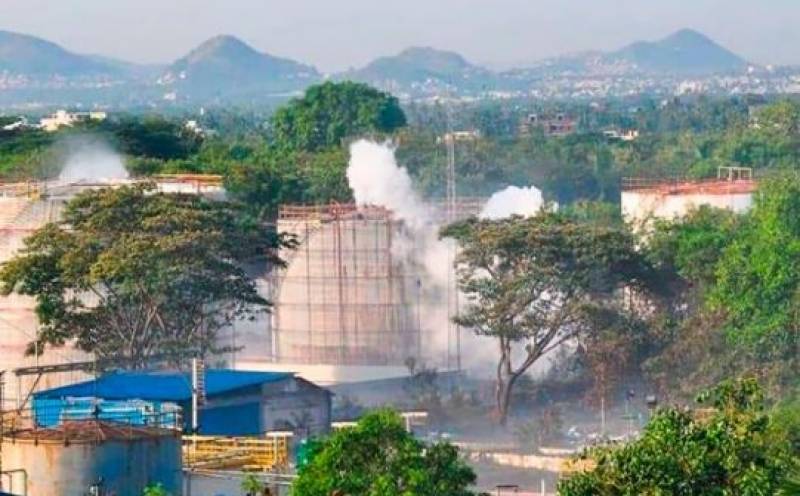 New Delhi (Web Desk): At least five people were killed and over 1,000 hospitalised after a gas leak at a chemicals plant on the east coast of India, authorities said on Thursday.

The leak happened near a village home to 3,000 to 4,000 residents, who the police alerted via an announcement over loudspeakers, Meena added. Meena said 150 people were hospitalized for "breathlessness issues."

The gas leaked out of two 5,000-tonne tanks that had been unattended due to India's coronavirus lockdown in place since late March, according to a local police officer.

"(The gas) was left there because of the lockdown. It led to a chemical reaction and heat was produced inside the tanks, and the gas leaked because of that," he added.

The LG Polymers plant is located in the city of Vishakapatnam, in India's southern state of Andhra Pradesh. The gas leak at the plant took place in the early hours of Thursday morning local time, said the city's Police Commissioner Rajiv Kumar Meena.