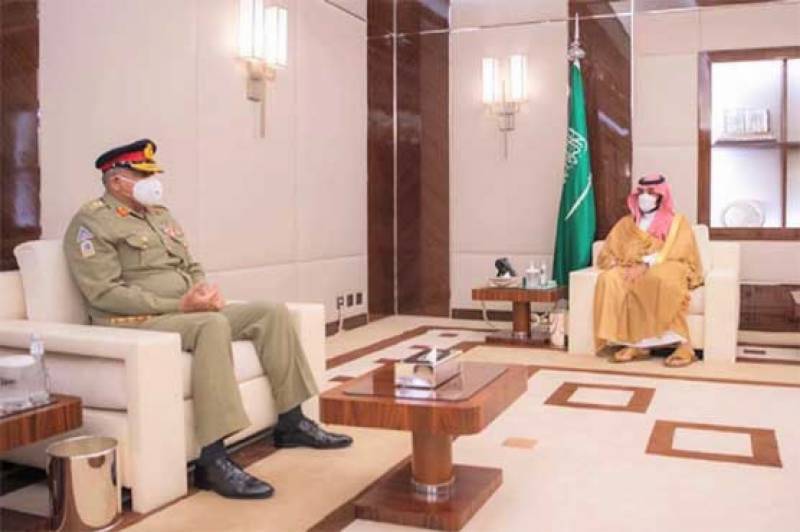 According to the Inter-Services Public Relations (ISPR), matters of mutual interest, regional security situation including recent developments in Afghan Peace Process, bilateral defence, security, collaboration for regional peace and connectivity were discussed during the meetings.

COAS General Qamar Javed Bajwa said Pakistan is resolute in its commitment to safeguard the sovereignty and territorial integrity of Saudi Arabia and defence of the two Holy Mosques.

The ISPR statement said that the Crown Prince acknowledged Pakistan's role towards regional peace and stability.

He also said that relations between Kingdom of Saudi Arabia and Pakistan are based on bonds of brotherhood and mutual trust.

The Crown Prince said that both the nations will continue to play their part for peace, stability and betterment of Muslim Ummah, the ISPR added.

The army chief is currently on a four-day visit to Saudi Arabia ahead of Prime Minister Imran Khan's scheduled three-day visit to the kingdom from May 7 (today) to May 9.