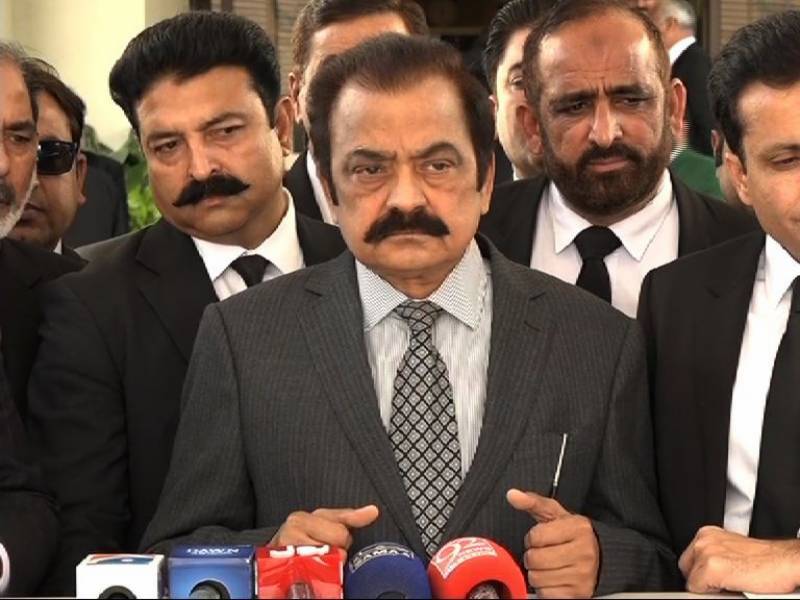 Lahore (Staff Report/Agencies): Interior Minister Rana Sanaullah on Saturday asked the Pakistan Tehreek-e-Insaf leadership that its long march on Islamabad would be peaceful and political.

Talking to the media outside the Lahore district and sessions court after attending a hearing of a drugs case filed against him by the Anti-Narcotics Force (ANF), Rana Sanaullah criticized his his predecessor Sheikh Rashid for inciting and misleading the public against the government.

“You told people that this march will be bloody. I am warning you to take your words back or I won’t let you step out of your house,” the minister said.

The interior minister further said that former prime minister Imran Khan had become Farah Gogi Khan’s spokesperson and had set up an amnesty scheme for her. The allegations against Farah were under investigation and subsequent action will be taken against her, he added.

Earlier, Sheikh Rashid said that the situation in the country is getting worrisome and every day will be crucial till May 31. He also warned the government that the march “could turn bloody”.