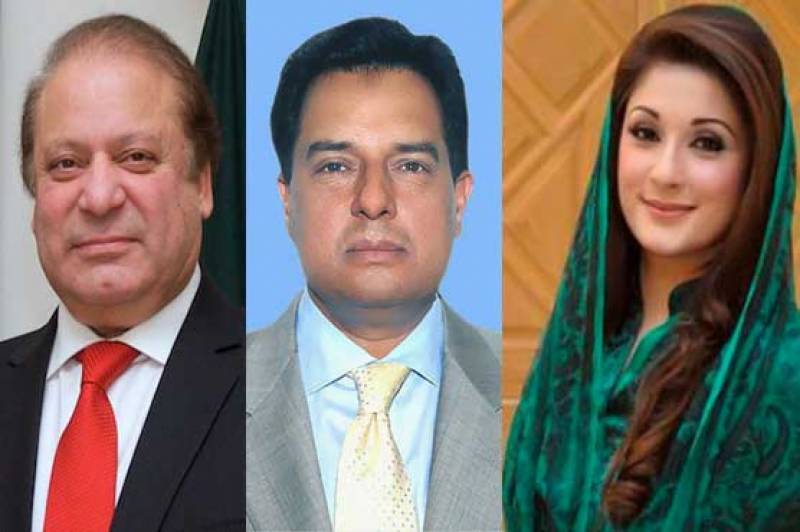 Islamabad (Staff Report): The accountability court on Tuesday reserved the verdict on the petition filed by the former premier to club corruption references filed by the National Accountability Bureau (NAB) against Sharifs.

The judgement will be announced on Wednesday (tomorrow).

Ousted prime minister Nawaz Sharif, his daughter Maryam Nawaz and son-in-law Captain (retd) Mohammad Safdar have arrived at an accountability court for a hearing in connection with the corruption references filed against them by the National Accountability Bureau (NAB).

At the last hearing on November 3, Judge Mohammad Bashir adjourned proceedings in light of the Islamabad High Court's order directing it to re-hear Nawaz's plea seeking to club the three references into one.

In his petition, Nawaz pleaded the IHC to declare the October 19 decision of the court rejecting their clubbing plea illegal and order the accountability court to combine the three references against him into one.

Maryam and Safdar, along with Nawaz and his sons Hussain and Hasan, face corruption charges in the Avenfield properties case.

Moreover, Nawaz has been accused in two other references alongside his sons: Azizia Steel Mills and Flagship Investment Limited.

Nawaz, Maryam and Safdar have been indicted in the cases whereas Nawaz's sons have yet to appear before the court and will soon be declared proclaimed offenders.