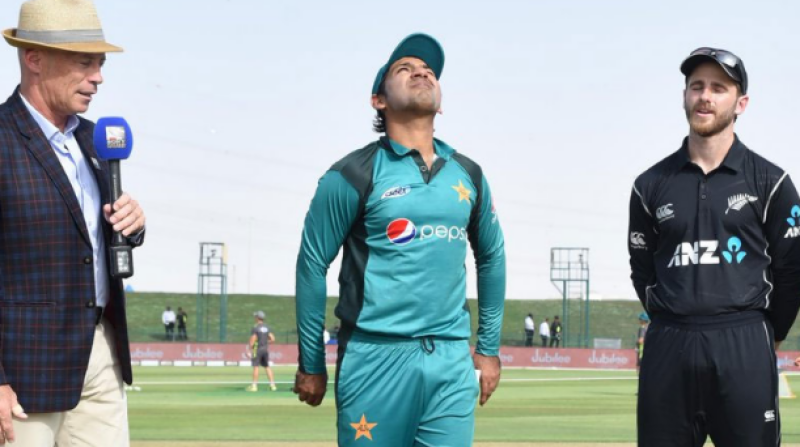 Abu Dhabi (Agencies): New Zealand won the toss and decided to bat first against Pakistan in the first one-day international (ODI) at Abu Dhabi on Wednesday.

“It’s important to break that losing streak and we need to bring improvement in our performance in one-day internationals,” said Sarfraz on Tuesday.

“If you look at our losses most of them were in New Zealand where conditions were different and we lost due to top order failure where we need to improve,” said Sarfraz.

The last two matches are in Abu Dhabi (Friday) and in Dubai (Sunday).