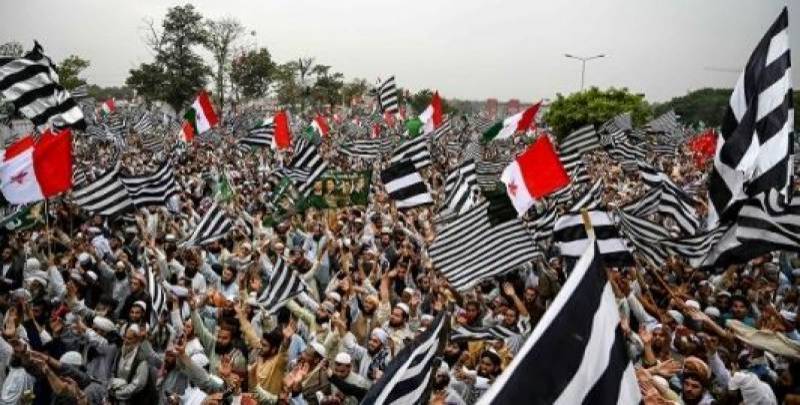 Islamabad (Web Desk): The deadlock between the government and the opposition persisted on Thursday as the as JUI-F sit-in entered 7th day.

A meeting of the Rahbar Committee of the opposition parties was held at the residence of Jamiat Ulema-e-Islam-Fazl (JUI-F) Akram Durrani’s residence.

The meeting was attended by Nayyar Bukhari, Farhatullah Babar, Ayaz Sadiq, Amir Muqam, Muhammad Tahir Bizinjo, Usman Kakar among others to review the current political situation and progress on talks with the government.

Addressing a press conference along with other members, Rahbar Committee convener Akram Durrani said that all the political parties have unanimously decided to increase pressure on the government.

He said that the Azadi March will take a new direction after two days. Durrani added that the committee was mulling over three recommendations. “The workers are determined, even willing to stay up to three months,” he said.

Speaking on this occasion, Pakistan People’s Party (PPP) leader Farhatullah Babar said that the opposition is putting the government under pressure, calling it ‘the first phase’.

Talking to newsmen before the meeting, Elahi said that that the government will continue to negotiate till the issue is not solved. “We are hopeful that we will reach a solution,” he said.

On the other hand, Defence Minister Pervez Khattak has rejected the impression of deadlock in talks with opposition parties, the Radio Pakistan reported.

The minister said government had offered opposition parties to bring evidence if they have any regarding rigging in last elections. He assured that a commission will be set up if opposition provides evidence of rigging.