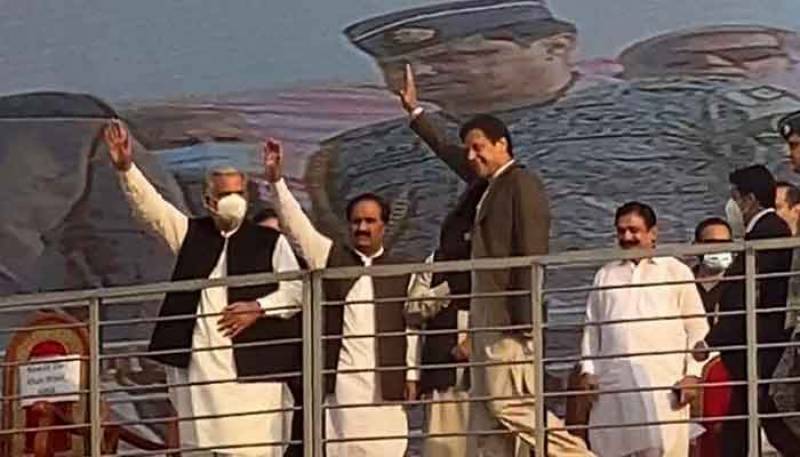 Addressing a public gathering in Hafizabad after laying foundation stone of development projects including a hospital and a University, the premier said that the present government's policies are aimed at reducing poverty, uplift the poor segments of society and ensure rule of law in the country where everybody is equal before the law.

“The journey towards establishing a welfare state has been started and this country will emerge as a great nation on the world map,” Khan said.

The PM said that the health insurance scheme will be extended to the fifty percent population of Punjab by the end of this year and to the whole of province by 2021.

“Under this scheme, the people will be able to get medical treatment of Rs1 million both from the public and private hospitals,” he noted.

PM Imran added that this system helped increase the network of hospitals especially in Punjab and Khyber Pakhtunkhwa (KP).

He said even the richest countries in the world do not have such a health insurance scheme.

While criticising the opposition parties, the prime minister vowed to bring the corrupt elements to justice and recover the plundered amount from them.

He alleged that the Opposition tried to blackmail him in exchange for signing the FATF-related bills and when he did not listen to them then they attacked the judiciary.

Prime Minister Imran said the opposition alleged that the 2018 general elections were rigged, but questioned why they did not file petitions to challenge the elections in courts even though the government was ready to investigate.

He said his government was working on election reforms that will result in the holding of transparent and fair elections in the country.

It will be his government that will hold the fairest and transparent elections and emerge victorious, Khan said, adding that the process of election reforms has been started and we will use the new technology including the electronic voting.