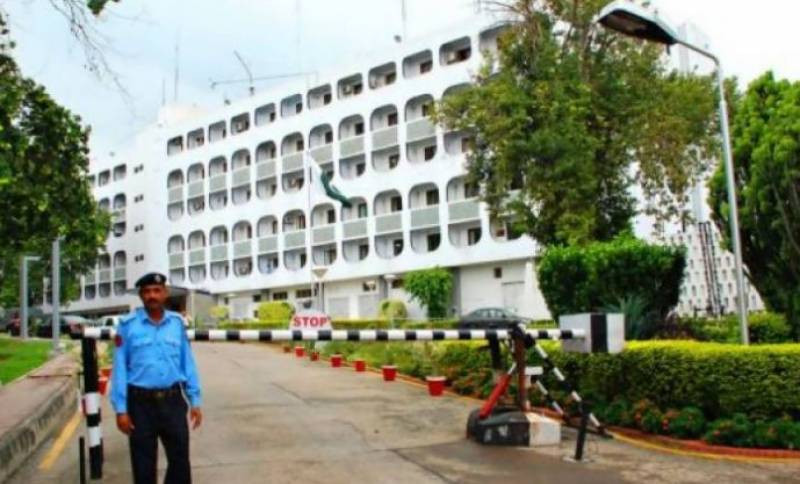 “India's incessant smear against Pakistan and blatant partisanship also call into question its credentials to be co-chair of the Asia-Pacific Joint Group that reviews Pakistan’s progress to implement the FATF Action Plan,” the FO spokesperson said.

“Our concerns in this regard have been previously brought to the attention of FATF members,” He added.

“It is important for FATF to ensure that the process remains fair and unbiased,” The FO spokesperson said.

The clarification by the FO comes a week ahead of FATF’s review meetings in Paris between Oct 13-18 that will determine whether Pakistan should remain or move out of the grey list or be put on the blacklist.

On Saturday, the Asia/Pacific Group on Money Laundering (APG) published its report on money-laundering and terror-financing in Pakistan.

The APG report says that Pakistan has largely but partially complied with 36 of the 40 parameters set by the FATF at the time of the country’s inclusion in the grey list.

Islamabad only missed four of the total 40 parameters that it was to follow in order to be effectively removed from the list, the report stated.