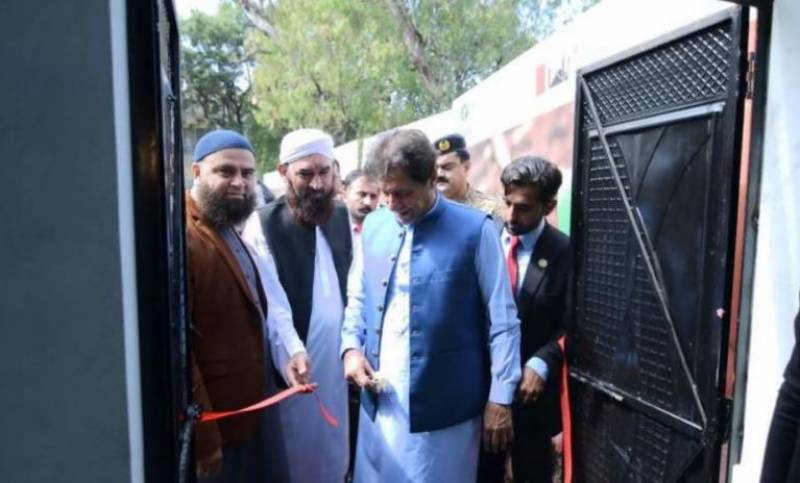 The scheme, currently being launched from the federal capital, will be gradually expanded to the entire country.

Speaking on the occasion, the Prime Minister said the PTI government's steps are aimed at uplifting the lower strata of the society ultimately leading the country to a welfare state.

The PM, appreciating the initiative of Langar Scheme under Ehsaas Programme, said that the government will continue introducing such steps every month to improve living standard of the poor until people are fully employed.

“Efforts are underway to build the country on the pattern of the State of Madina where people would have equal rights,” Imran Khan said.

PM Imran said that the government is taking measures to narrow the gap between the rich and the poor to develop social harmony in the country. "The government is committed to spend the tax money on welfare of the poor," the PM asserted.

On this occasion, Special Assistant for Social Protection and Poverty Alleviation Sania Nishtar said that the government intends to open 112 soup kitchens in the first phase of the scheme, which would be completed in a year.

The soup kitchens will provide food to 600 people in the capital on a daily basis, she added.

She said people will be provided quality food at these Langars with dignity.

Dr Sania Nishtar said that Prime Minister Imran had instructed that the food at the soup kitchens must be hygienic and provided to people in ample proportions "with respect".