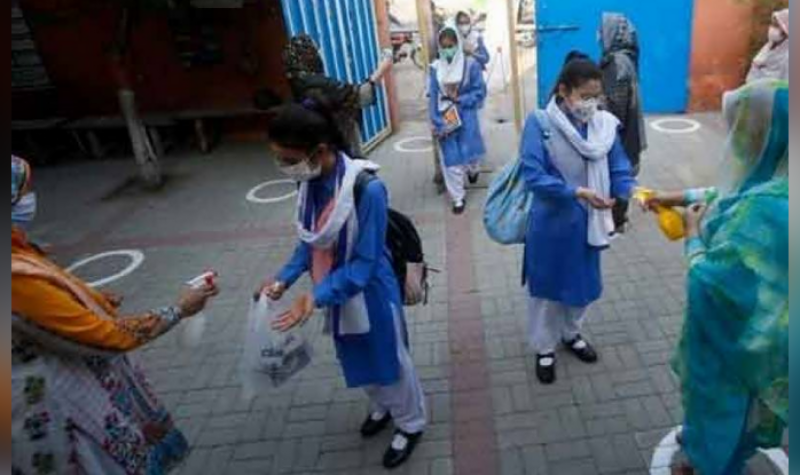 In a post on Twitter, Federal Minister for Planning, Development and Special Initiatives Asad Umar, who also heads the NCOC, said that the decision was made during a meeting of the forum on Thursday.

"The NCOC agreed to reopen educational institutions based on the reduced level of disease spread and the launch of the school vaccination programme,” the minister said.

Based on the reduced level of disease spread and the launch of the school vaccination program, it has been decided in today's NCOC meeting to allow all educational institutions to start normal classes from Monday the 11th of October.

Educational institutions were earlier operating on 50% capacity across the country after they had reopened following intermittent closures due to the prevalence of COVID-19.

Earlier, the NCOC had announced to relax coronavirus restrictions in eight cities having the highest level of vaccination from October 1.

"The NCOC has decided to relax restrictions in eight cities including Quetta, Peshawar, Islamabad, Rawalpindi, Muzaffarabad, Mirpur, Gilgit and Skardu," Asad Umar had stated while addressing a virtual press talk along with Special Assistant to the Prime Minister (SAPM) on National Health Services Dr Faisal Sultan in Islamabad after chairing a meeting of the NCOC.

On the other hand, Pakistan's COVID-19 death toll crossed the 28,000 mark on Thursday, according to the data shared by the National Command and Operation Centre (NCOC).

The number of confirmed COVID-19 cases rose to 1,255,321 after 1,453 new coronavirus cases surfaced in the country during the last 24 hours.

According to the government's COVID-19 portal, the death toll related to coronavirus has reached to 28,032 with 46 fatalities reported during the last 24 hours.

Over the last twenty four hours, total number of recovered COVID-19 patients across the country reached 1,182,894 after another 1,840 virus recoveries were reported.