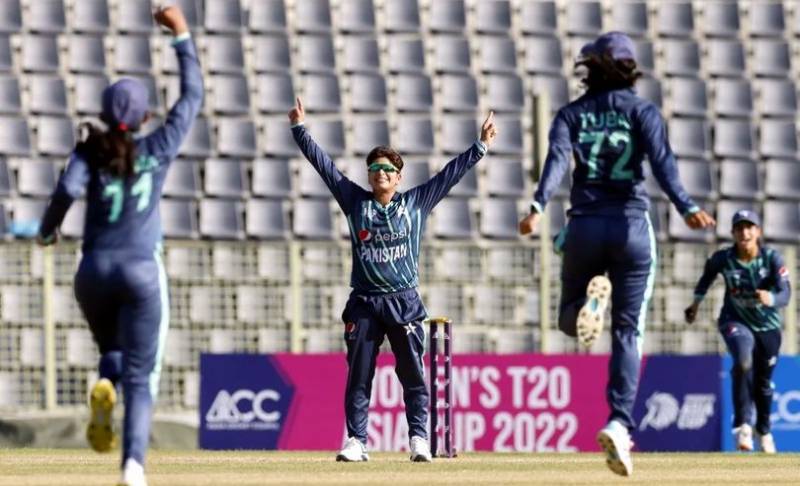 Batting first, the Pakistani side set a target of 138 runs for a loss of 6 wickets.

Batter Nida Dar set up the victory for her team after scoring a 50 and picked two wickets at crucial junctures.

She is named player of the match for her all-round heroics ????#INDvPAK | #WomensAsiaCup2022 pic.twitter.com/uNNkqIbXFv

With Dar and team captain Bismah Maroof on the pitch, the duo scored 76 runs with Muneeba Ali shortly taking over and making 17 runs of her own. The team managed to make a total of 137 runs.

The Indian side were all out for 124 runs while chasing the score.

The victory comes a day after Pakistan lost to Thailand by four wickets.

On Monday, Pakistan beat Bangladesh by 9 wickets to win their second match in as many outings in the ACC Women’s T20 Asia Cup at the Sylhet International Cricket Stadium (SICS).