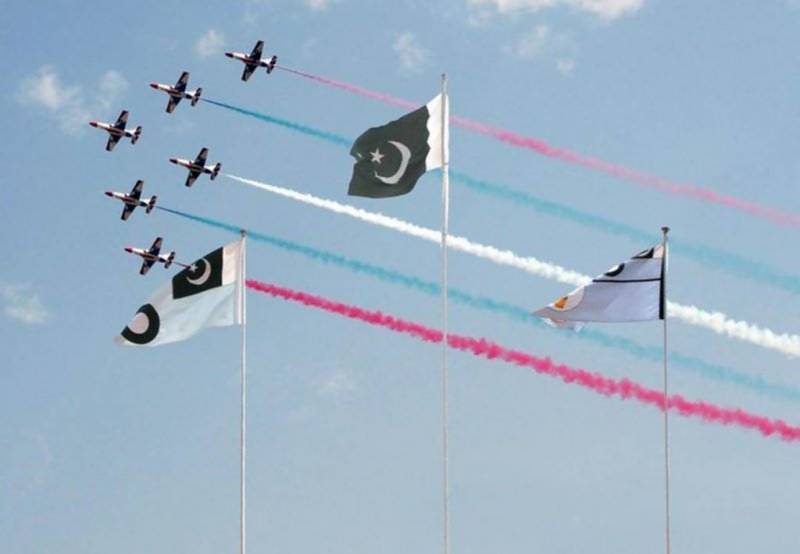 Islamabad (Web Desk): The 54th Pakistan Air Force day is being celebrated across the country today (Saturday) to pay homage to the martyrs of PAF in defending the country during the Indo-Pak War in 1965.

A notable event of the war was that Pakistan Air Force flying ace Muhammad Mahmood Alam (MM Alam) shot down five planes of Indian Air Force (IAF) in less than a minute.

With just two days in the war, PAF fighters had shot down 50 Indian aircraft.

He said PAF's glaring victory against the enemy during Operation Swift Retort showed to the world the capability of our Shaheens.

The Air Chief said sacrifices of our forefathers demand unity and patriotism amongst us.

Talking about the Kashmir issue, he said we stand shoulder to shoulder with our Kashmiri brothers in their struggle for the right of self-determination.

Principal Staff Officers and a large number of Airmen attended the ceremony.

Meanwhile, a wreath laying ceremony was also held at the grave of country's youngest Nishan-e-Haider Pilot Officer Rashid Minhas Shaheed in Karachi in In connection with PAF Day.

The contingent paid homage to the young pilot who sacrificed his life in the defence of motherland, showing exceptional courage and determination.