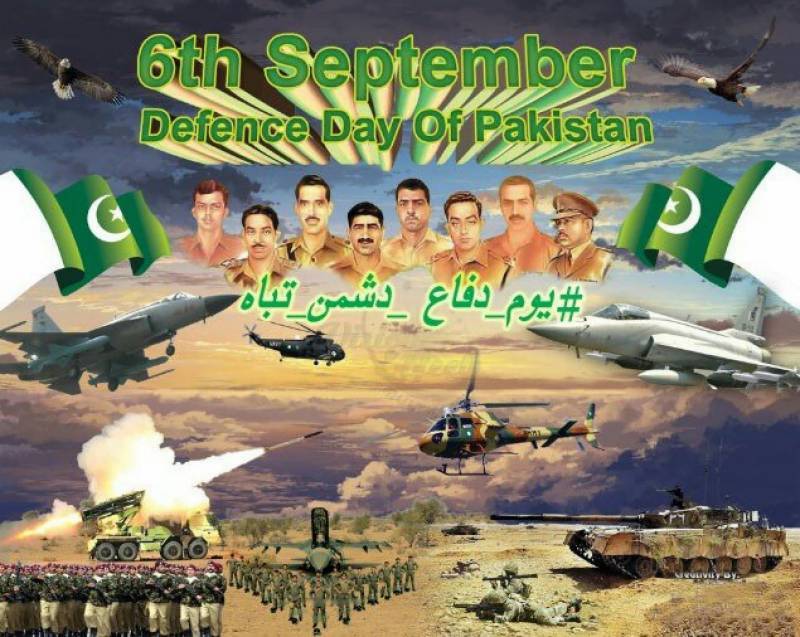 Islamabad (Web Desk): Pakistan on Sunday observed 55th Defence Day with national zeal and fervour to pay homage to the martyrs who rendered supreme sacrifices for the defence of the motherland.

Special prayers were offered after Fajr in mosques for the progress and prosperity of the country and independence of occupied Kashmir from the cruel clutches of India.

Fateha and Quran Khawani were held for the martyrs.

On 6th September 1965, Pakistan's valiant armed forces and the entire nation stood united against the enemy who challenged Pakistan's territorial integrity and sovereignty.