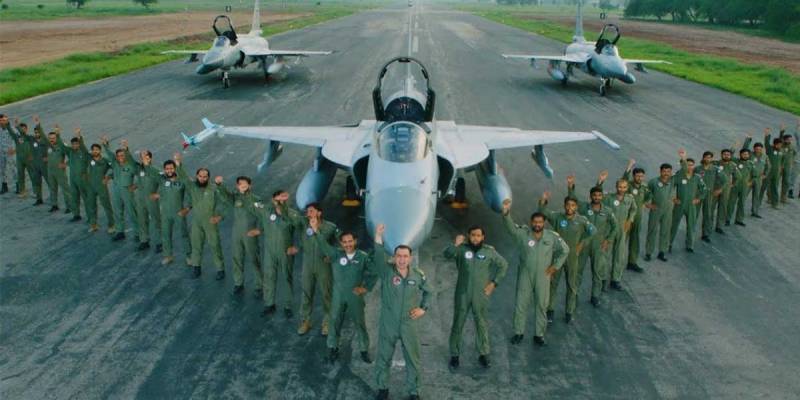 Islamabad (Web Desk): Pakistan Air Force (PAF) Day is being celebrated today (Monday) with national zeal to commemorate the dexterity and valour of the defenders of air space of the country against Indian aggression on the day.

In 1965 war, the valiant Pakistani pilots despite limited resources not only annihilated Indian air aggression but also inflicted humiliating defeat to the enemy through unprecedented skill in the warfare and insurmountable courage.

On Sunday, Pakistan observed 55th Defence and Martyr Day with national zeal and fervour to pay homage to the martyrs who rendered supreme sacrifices for the defence of the motherland.

Special prayers were offered after Fajr in mosques for the progress and prosperity of the country and independence of occupied Kashmir from the cruel clutches of India.

Fateha and Quran Khawani were held for the martyrs.

On 6th September 1965, Pakistan's valiant armed forces and the entire nation stood united against the enemy who challenged Pakistan's territorial integrity and sovereignty.