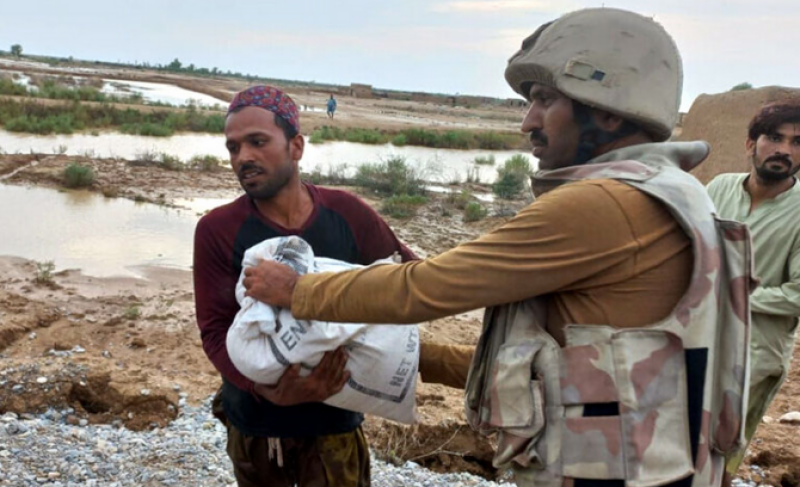 Islamabad (Web Desk): Rescue and relief activities are continuing in the flood-affected areas of the country.

According to the details shared by National Flood Response and Coordination Center (NFRCC), Pakistan Army has so far distributed 4377.9 tons of food, 887 tons of sustenance items and over 2.5 million medicine items amongst the flood victims.

It has established 16 flood relief coordination centers and 6 central collection points across the country.

Pakistan Navy has also established 42 medical camps in which 29,664 patients have been treated.