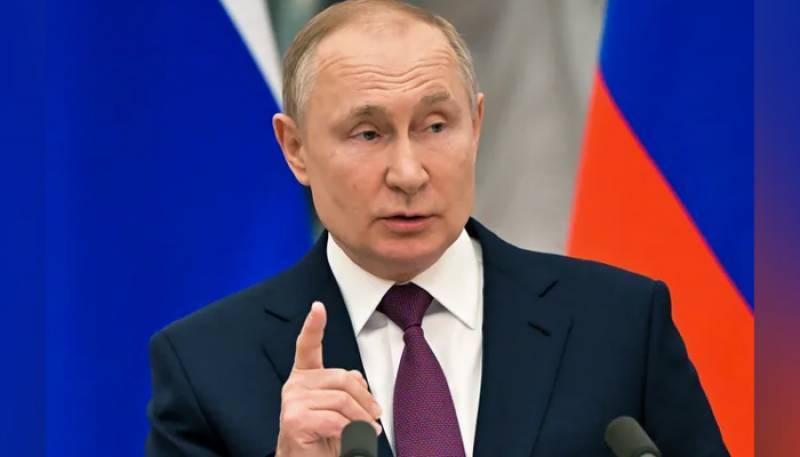 Moscow (Web Desk): President Vladimir Putin said on Wednesday that Russia had not lost anything in a global confrontation with the United States over the conflict in Ukraine but had actually gained by setting a new sovereign course that would restore its global clout.

Putin increasingly casts the conflict in Ukraine, which he calls a “special military operation”, as a turning point in history when Russia finally threw off the humiliations which accompanied the 1991 fall of the Soviet Union.

In an attempt to underscore Russia’s tilt towards Asia, Putin, speaking to the Eastern Economic Forum in the Russian Pacific city of Vladivostok, said that the West was failing while Asia was the future.

In his main speech, Putin hardly mentioned Ukraine beyond a reference to grain exports. But when asked by a moderator if anything had been lost from the conflict, Putin said Russia had gained and would emerge renewed and purged of hindrances.

Russia sent tens of thousands of troops into Ukraine on Feb. 24 in what it called a special operation to degrade its southern neighbour’s military capabilities and root out people it called dangerous nationalists.

Ukrainian forces have mounted stiff resistance. Neither side has disclosed how many soldiers have been killed.

Putin, who turns 70 in October, told the West in July he was just getting started in Ukraine and dared the United States - which enjoys economic and conventional military superiority over Russia - to try to defeat Moscow. It would, he said, fail.

The confrontation with the West over Ukraine has prompted Russia to embark on a hurried tilt towards Asia, and particularly China, once a junior partner of the Soviet Union and now the world’s second largest economy.

Putin said that the West was failing because a futile and aggressive attempt to isolate Russia with sanctions was destroying the global economy just as Asia was rising to claim the future.

The United States and its allies imposed the most severe sanctions in modern history on Russia for its actions in Ukraine. Putin says the sanctions are akin to a declaration of economic war.