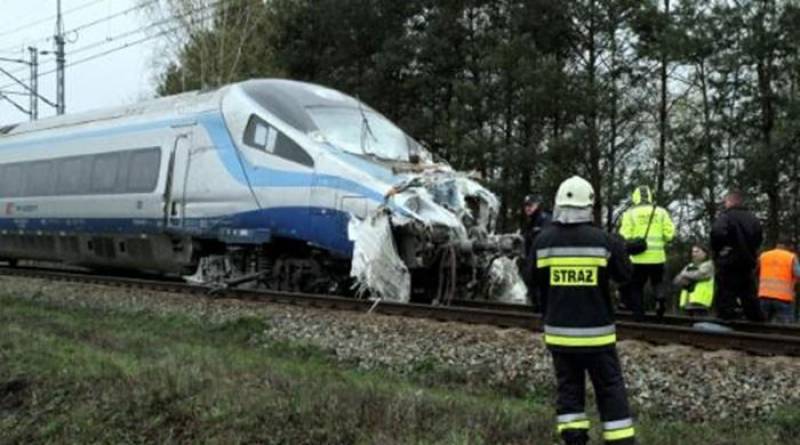 Warsaw, Poland (Online): Over 18 passengers were injured as a train rammed into a lorry at a level crossing in Poland on Friday, seven of them reported in critical condition.

A spokesman for Polish national firefighters stated that the injured were airlifted to hospitals, Pawel Fratczak.

"The train was carrying between 250 and 300 passengers. One of the carriages derailed," he said, adding that an investigation was underway to establish the cause of the crash.

The accident occurred on Friday afternoon at a level crossing near the town of Ozimek, in southwest Poland.

Fratczak said that the lorry driver was not injured his truck was completely destroyed in the accident.