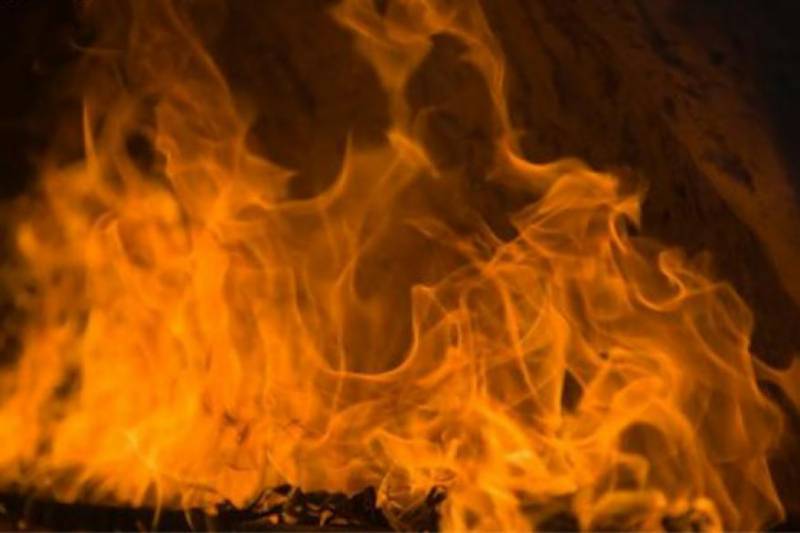 Lahore (Staff Report): Firefighters extinguished an immense blaze after hectic efforts of two and a half hours which broke out in a shoe factory in Timber Market on Ravi Road early Saturday morning.

According to details, eight fire tenders rushed to the spot and trying to extinguish the humongous fire.

Deputy Commissioner Samir Ahmed said that the fire did not cause any loss of life.

Rescue sources stated that the cooling process is underway.

Surrounding buildings were evacuated due to the intensity of the blaze.

No casualty has been reported so far.