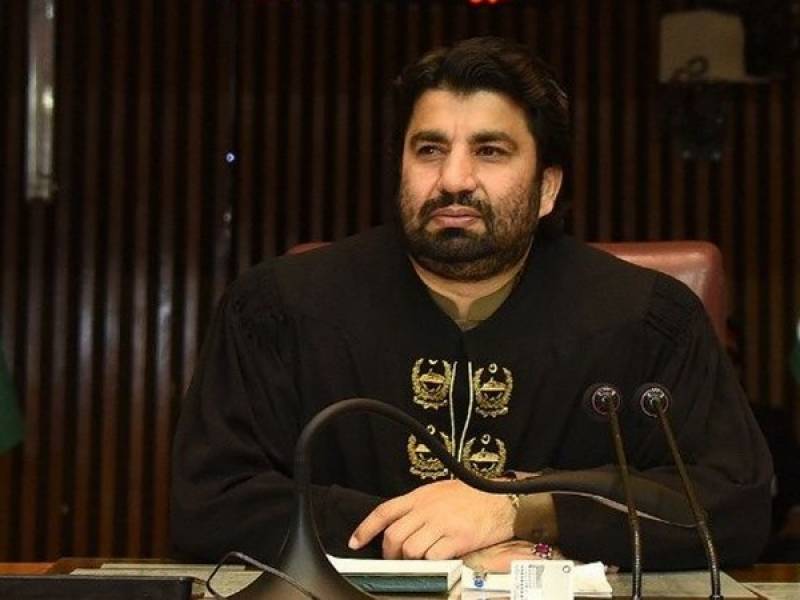 A delegation of senior lawmakers submitted the no-trust motion against Khan.

It is worth mentioning that the National Assembly's session for voting on the no-confidence motion against Prime Minister Imran Khan will take place at 10:30am tomorrow (Saturday) in line with the Supreme Court's order.

In the National Assembly's (NA) agenda issued Friday, voting on the no-confidence motion is at the fourth position in the six-point agenda.

The court also ordered to summon the NA session on Saturday (April 9).

The court had a suo motu notice on the legality of the current situation in the country following the dismissal of a no-confidence motion against Prime Minister Imran Khan by National Assembly (NA) Deputy Speaker Qasim Suri and the subsequent dissolution of the NA by President Arif Alvi on the prime minister's advice.