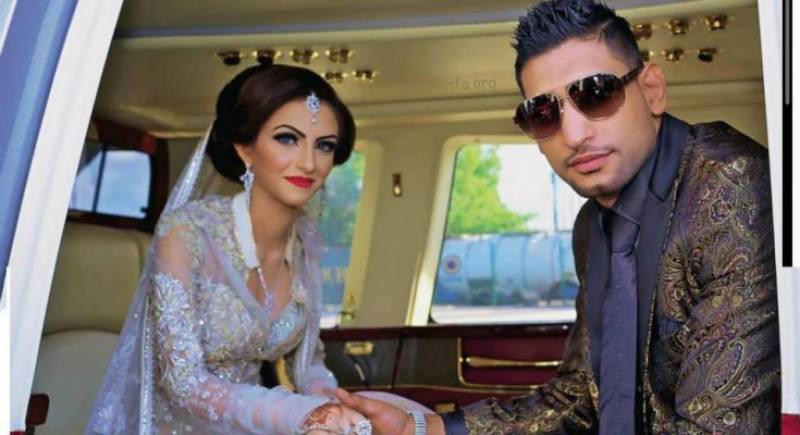 Islamabad: - Pakistani-origin boxer Amir KhanAmir Khan's wife says she will not be silenced over claims she is being 'bullied' by her husband's family, insisting the boxing champion is standing by her and that she represents the voice of 'every abused woman'.

Faryal Makhdoom Khan, who has been married to the boxing champion since 2013, launched an astonishing Snapchat rant, accusing her in-laws of trying to destroy her and Khan's marriage, DailyMail reported.

The 25-year-old model and make-up artist even claimed her 'evil, hating sister-in-law' Mariyah 'came to hit' her while her husband was not at home.

However Mariyah, who according to social media is a university student, responded to the allegations by saying: 'Do I look like I can beat someone up?'

Amid the details from Khan's family, Faryal has broken her silence again, claiming she wants to 'break stereotypes and reshape conversation' around the ill-treatment of women by their in-laws.

She also thanked her husband for his support in light of the bombshell claims. Khan has not spoken publicly about his wife's allegations but he is known to be very close to his family.

Posting on her Facebook page, she wrote: 'There are many women who suffer in silence due to ill treatment from the in-laws. This dark side is usually kept hidden.

'We need woman at all levels, including the top, to change the dynamic, reshape the conversation, to make sure women's voices are heard and heeded, not overlooked and ignored.

'I am every abused woman's voice and I am grateful for my husband's support throughout my ordeal.