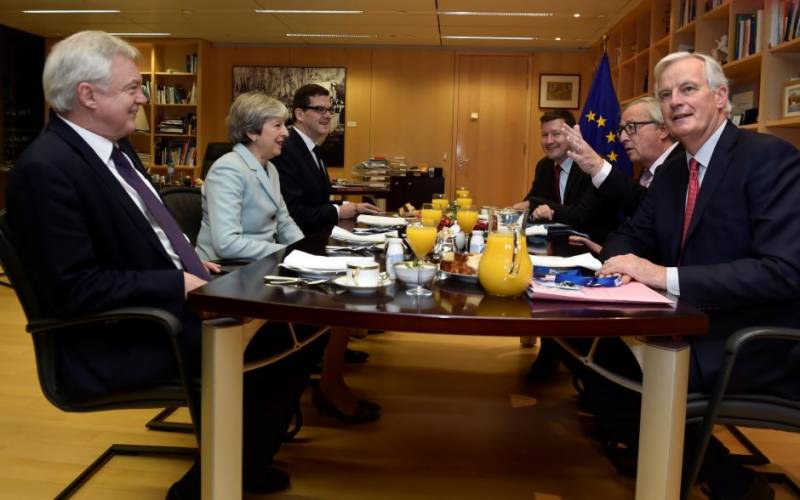 Brussels (Reuters): Britain and the European Union struck a divorce deal on Friday that paves the way for arduous trade talks, easing immediate pressure on Prime Minister Theresa May and boosting hopes of an orderly Brexit.

May rushed to Brussels before dawn to seal European Commission agreement that “sufficient progress” had been made to begin talks about trade and a two-year Brexit transition period that will start when Britain leaves the EU on March 29, 2019.

Negotiators in London, Brussels and Dublin worked through the night before breaking an impasse over the status of the Irish border, the last major obstacle to the opening of trade talks which EU leaders are due to bless at summit on Dec. 14-15.

Speaking before sunrise at the EU’s executive headquarters in Brussels after a hurried flight on a Royal Air Force plane, May said opening up trade talks would bring certainty for citizens and businesses about Britain’s future after quitting the EU.

“The most difficult challenge is still ahead,” European Council President Donald Tusk cautioned. “We all know that breaking up is hard. But breaking up and building a new relationship is much harder.”

May, looking weary after just a couple of hours sleep, spoke after European Commission President Jean-Claude Juncker announced the breakthrough first in English and then in German and French.

The move to trade talks 18 months after the United Kingdom’s shock vote to exit the EU allayed some fears of a disorderly Brexit that could disrupt trade between the world’s biggest trading bloc and its sixth-largest national economy.

Sterling climbed to a six-month high against the euro EURGBP=D3 on Friday before it fell back around midday to sit broadly flat, with one euro worth 87.4 pence, while bond yields across the euro zone rose. Against the U.S. dollar GBP=D3 the pound also weakened.

Facing 27 other members of the bloc, May largely conceded to the EU on structure, timetable and substance of the negotiations.

Moving to talks about trade and a Brexit transition was crucial for May’s own future after her premiership was thrown into doubt when she lost the ruling Conservative Party its majority in a snap election in June, unwisely called.