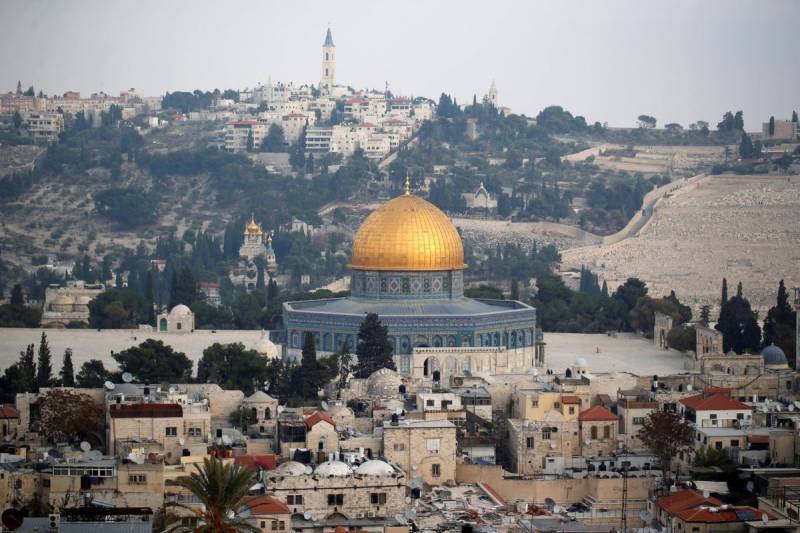 Toronto (Web Desk): The Trudeau government says it will not move the Canadian embassy in Israel to Jerusalem amid reports US President Donald Trump will relocate the American embassy to the holy city and recognize it as the country's capital.

A government official told The Globe and Mail that Canada will keep its embassy in Tel Aviv. The official also said Canada still does not recognize Jerusalem as Israel's capital city, despite reports Mr. Trump will declare the US does during a speech on Wednesday.

Mr. Trump told Arab leaders on Tuesday that he intends to follow through with his election-campaign promise to move the US embassy to Jerusalem. Mr. Trump disappointed the pro-Israel, right-wing base that helped him win the presidency when he delayed the embassy move in June.

The move risks fuelling violence in the Middle East and breaks with decades of US foreign policy that Jerusalem's status must be decided in negotiation with the Palestinians, who want to make East Jerusalem the capital of their future state.

The international community, including Canada, does not recognize Israel's annexation of East Jerusalem, which Israel captured in the 1967 Six-Day War. Asked about Mr. Trump's plan to recognize Jerusalem as the Israeli capital, a spokesperson for Foreign Affairs Minister Chrystia Freeland said Canada's position on Jerusalem has not changed.

"Canada's long-standing position is that the status of Jerusalem can be resolved only as part of a general settlement of the Palestinian-Israeli dispute. This has been the policy of consecutive governments, both Liberal and Conservative," press secretary Adam Austen said in a statement Tuesday.

"We are strongly committed to the goal of a comprehensive, just and lasting peace in the Middle East, including the creation of a Palestinian state living side-by-side in peace and security with Israel."

Conservative Leader Andrew Scheer's spokesperson Jake Enwright said "it's up to sovereign governments to make decisions about where they will locate their foreign embassies." In a tweet, NDP foreign affairs critic Hélène Laverdière said Mr. Trump's decision to name Jerusalem the capital is "dangerous, misguided, and will undermine attempts for a peace process," and urged Ms. Freeland to inform her US counterparts of Canada's concerns.