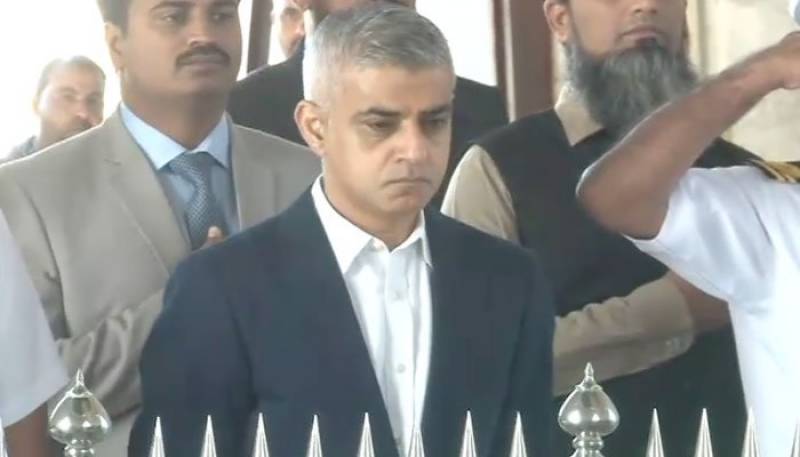 London Mayor Sadiq Khan is on a goodwill visit to Pakistan to promote his ‘London is Open’ campaign.

The sources reported, an exhibition cricket match is set to be played at British Consulate in honour of the mayor's visit, which will also be attended by Pakistan captain Sarfraz Ahmed.

Pakistan Peoples' Party (PPP) Chairperson Bilawal Bhutto Zardari, flanked by other party leaders such as Sherry Rehman and Jameel Soomro, will also meet with the mayor at British Consulate.

Earlier on Wednesday, Khan entered Pakistan from India via the Wagah Border Crossing and was received on the Pakistani side of the border by Mayor Lahore Col (retd) Mubashar Javed and senior government officials.

After entering Pakistan, the London Mayor shared on social media that he is the first British politician to make the journey from India to Pakistan via Wagah Border. He is also the first London Mayor to visit Pakistan in over 70 years.

"Earlier today I crossed the border from India into Pakistan on foot - becoming the first British politician to make this journey in recent history.

He posted on Instagram, “As I visit the vibrant cities of Lahore, Karachi and Islamabad this week, I’m looking forward to deepening the bonds between London and Pakistan.....".