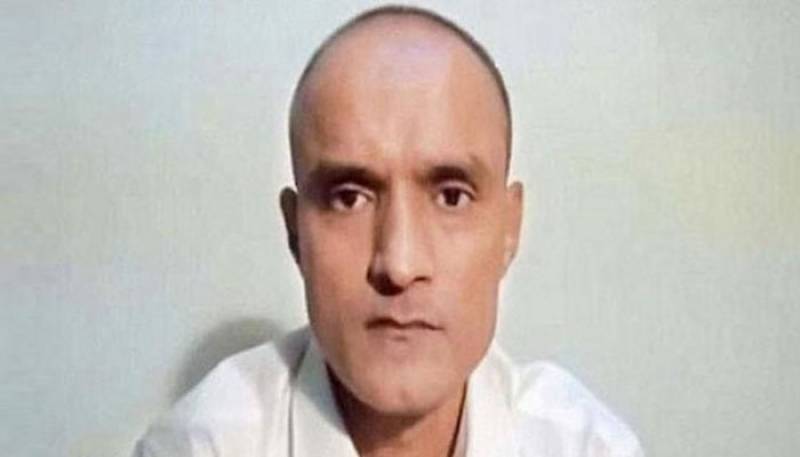 The spokesman said during his weekly news briefing, a staff member from the Indian embassy will also be present during the meeting.

According to Inter-Services Public Relations (ISPR), the military’s public relations wing, Kulbhusan Sundir Jadhav alias Hussein Mubarak Patel was arrested on March 3, 2016, through a counter-intelligence operation from Mashkel area of Balochistan for his involvement in espionage and sabotage actives in Pakistan.

Jadhav, an on-duty officer for the Indian Navy, confessed to his crimes in a recorded video statement televised by the army last year following his arrest.

On April 10, Pakistan had sentenced the RAW agent to death for carrying out espionage and sabotage activities in Balochistan and Karachi.

After his trial in a military court, Chief of Army Staff General Qamar Javed Bajwa confirmed the death sentence awarded by the Field General Court Martial under the Pakistan Army Act.

In reaction to the move, Pakistan’s relations with neighbour India tensed, and India approached the International Court of Justice (ICJ) to hear the case.

On May 18, ICJ ordered Pakistan to halt the execution of Jadhav until a final decision in the proceedings.

"Pakistan shall take all measures at its disposal to ensure that Jadhav is not executed pending the final decision in these proceedings," ordered Judge Ronny Abraham, president of the court, as he announced the decision.

The ICJ rejected Pakistan's stance and stated that the court had jurisdiction and would hear the case and seek arguments from both parties.

On September 13, India submitted its reply to the ICJ pertaining to the case, according to the Indian Ministry of External Affairs.

Pakistan will submit its counter-pleadings in the case on December 13.