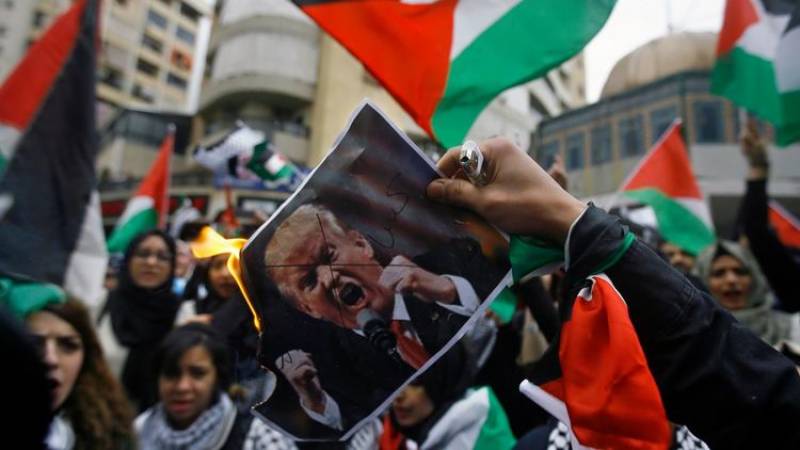 Gaza Strip (Web Desk): Protests broke out in the Gaza Strip in response to US President Donald Trump's decision to recognise Jerusalem as Israel's capital, as Palestinian leaders called for three days of rage against the move.

Hundreds of Palestinians took to the streets in Gaza City on Wednesday, carrying banners denouncing Trump, hours ahead of his declaration that will also see the US embassy move from Tel Aviv to Jerusalem.

The declaration comes amid global condemnation of the decision.

"This decision is an uncalculated gamble that will know no limit to the Palestinian, Arab and Muslim reaction," he said.

"We call for stopping this decision fully because this will usher in the beginning of a time of terrible transformations, not just on the Palestinian level but on the region as a whole. This decision means the official announcement of the end of the peace process."