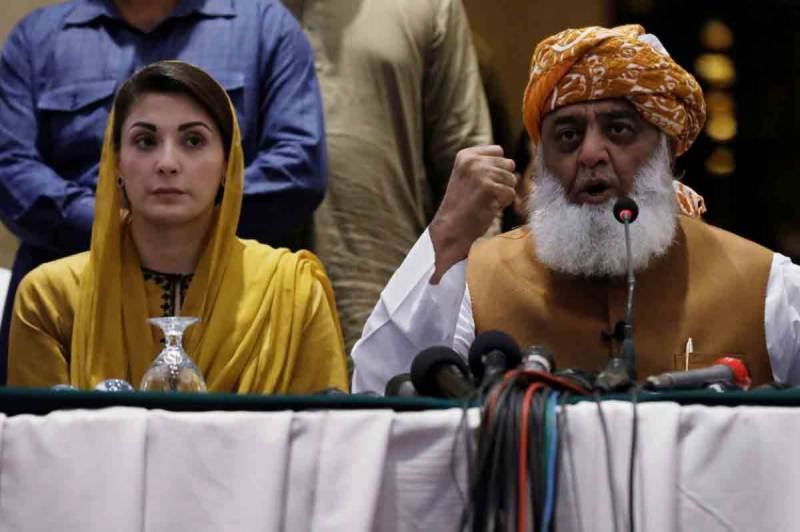 Talking to the media after PMD leaders meeting on Tuesday, JUI-F chief said committee of the Opposition’s alliance will be held to decide the schedule of strikes, protests and jalsas across the country.

Earlier, leaders of the PDM vowed to hold Lahore jalsa scheduled for December 13 at any cost.

“The opposition alliance has decided to move forward with the Lahore public meeting despite the government warning of legal action,” said the PDM leaders while addressing a press conference.

On the occasion, PPP leader Qamar Zaman Kaira said the government had changed its tactics to try and stop the opposition from holding the rally.

PML-N’s Rana Sanaullah said, “Hundreds of thousands of workers will participate in the Lahore rally. This requires complete arrangements. They cannot be addressed without a proper sound system.”

PML-N vice president Maryam Nawaz said, “On December 13, it will be 'Aar ya paar.” “The Lahore jalsa will show that this fake government’s days are numbered,” she added.

Last week, Lahore’s deputy commissioner (DC) had refused to grant permission to the opposition for holding a public rally at the Greater Iqbal Park on December 13 due to the second wave of the pandemic. He had also reminded the opposition leaders that it was the decision of the previous government of the PML-N that no public rally would be held at the Greater Iqbal Park.