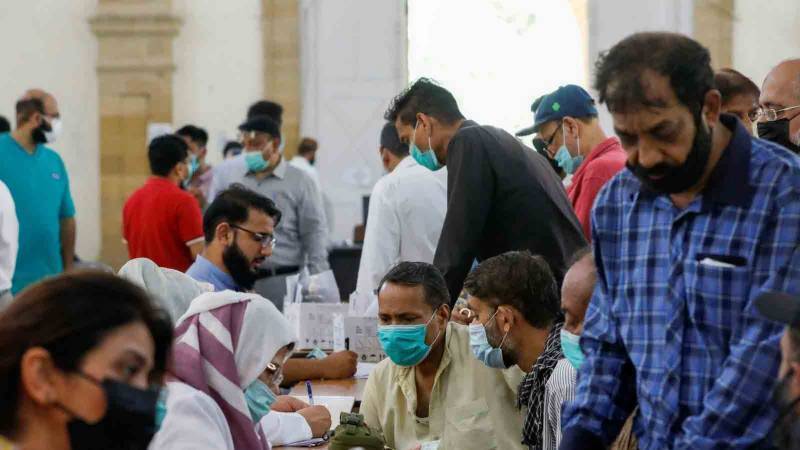 Lahore/Quetta/Karachi/Peshawar (Staff Report/Agencies): The number of confirmed COVID-19 cases in Pakistan rose to 1,287,703 on Wednesday after 310 new cases surfaced in the country during the last 24 hours.

As per the National Command and Operation Centre (NCOC) data, 43,503 tests were conducted in last 24 hours while positivity ratio remained 0.71%.

According to the government's COVID-19 portal, the death toll related to coronavirus has reached to 28,793 with 7 fatalities reported during the last 24 hours.

Over the last twenty four hours, total number of recovered COVID-19 patients across the country reached 1,247,066 after another 283 virus recoveries were reported.

Meanwhile, the Omicron variant appears to be no worse than other coronavirus strains, top scientists from the World Health Organisation (WHO) and the United States (US) told a foreign news agency, while cautioning that more research is needed to judge its severity.

While it is likely more transmissible than previous variants, Omicron is also “highly unlikely” to completely evade vaccine protections, the WHO 's second-in-command told the media outlet.

“The preliminary data doesn't indicate that this is more severe. In fact, if anything, the direction is towards less severity,” WHO emergencies director Michael Ryan said in an interview, insisting though that more research was needed.

Top US scientist Anthony Fauci echoed the WHO's view, saying Omicron did not appear worse than prior strains based on early indications, and was possibly milder.

It is pertinent to mention that the global coronavirus cases have reportedly surpassed 267.447 million and death toll tops 5,287,688.