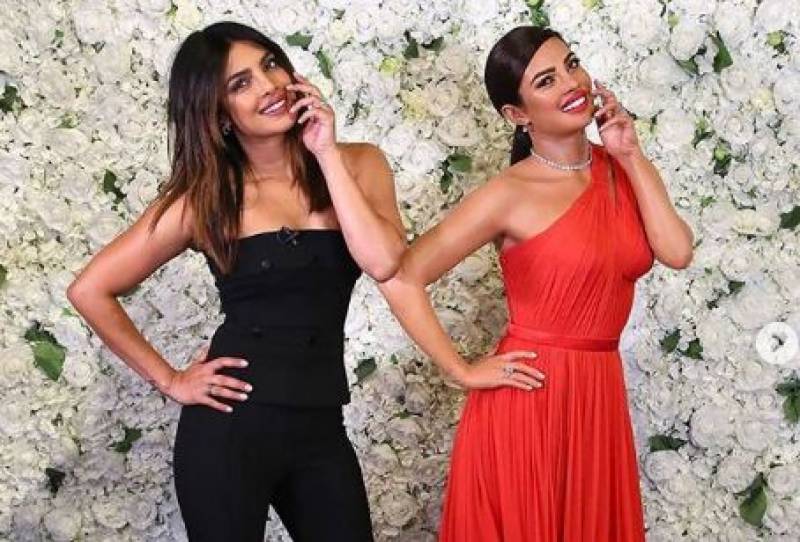 New York (Web Desk): Priyanka Chopra joins a long list of Indian celebrities to have a wax model at Madame Tussauds museum as her statue was unveiled in New York on Thursday.

The internet has been flooded with videos of her talking to her fans as she visits the unveiling of her wax statue. Clad in a flowing red gown and hair tied neatly in a low pony, the wax model of Priyanka’s statue is amazingly close to the real person. She is standing as if she were posing for a photo shoot.

???? <-- Me when I saw my new wax figure at Madame Tussauds in NYC @nycwax (Coming to other locations soon!!) 4 figures. UK, Australia, Asia coming up! Thank you to the Madame Tussaud’s team.

Priyanka tied the knot with US singer Nick Jonas in December last year.

Earlier, the star revealed why she decided to add Nick's surname, Jonas, to her official social media profiles.

On Fallon the Tonight show with Jimmy Fallon, the Bollywood actor said she took Nick's name because she's a little "old school" and wanted to feel more connected to him.