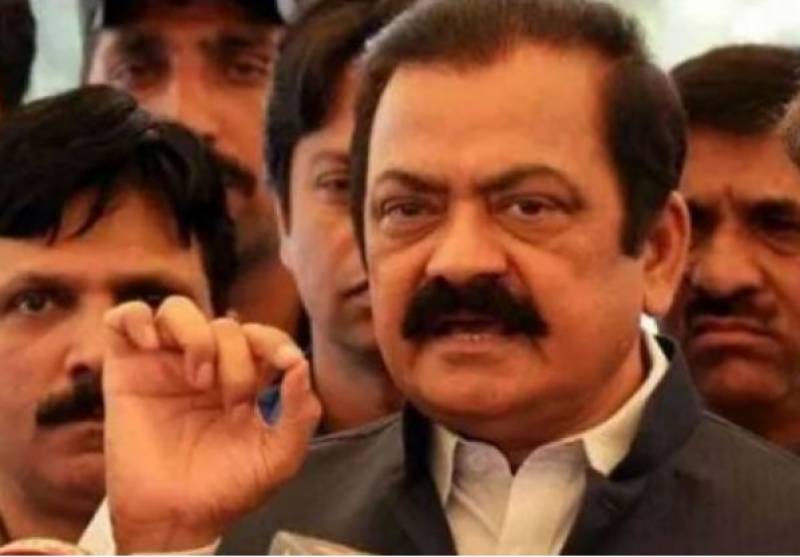 According to details, the special court presided over by Judge Shakir Hasan heard the case.

The court dismissed three pleas seeking access to footage, daily hearing of case, and handing over of Rana Sanaullah’s vehicle.

The petition requesting daily hearing of the case was submitted by the prosecutor.

The counsel for Rana Sanaullah had requested access to footage as per the statement of Minister of State for Narcotics Control Shehryar Afridi related to footage, which the court also turned down.

Sanaullah's lawyers requested the court to adjourn the hearing for a month, following which prosecution stated that the PML-N leader has alleged that delaying tactics are being used, hence, the trial should be expedited.

The court, in its short order, dismissed all three petitions and adjourned the hearing till March 7. The special court also directed the PML-N leader to be present at the next hearing for indictment.

Speaking to newsmen after the hearing of the case, Rana Sanaullah said that he will completely defend himself in the case to get justice.

On 24 Dec 2019, the Lahore High Court (LHC) granted bail to Rana Sanaullah in a drug possession case against two surety bonds worth Rs1 million each.

The ANF had arrested Rana Sanaullah from Motorway near Sukheki, claiming to have recovered heroin from his vehicle.