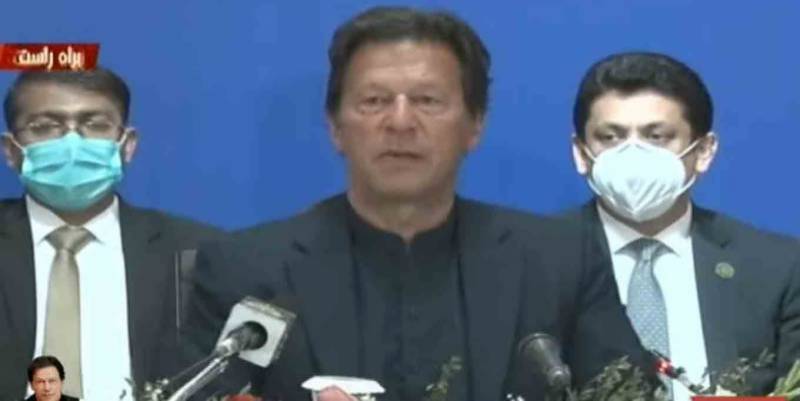 Addressing the Ulema and Mashaikh Conference in Islamabad, the premier said that he raised the issue of Islamophobia on all forums from time to time.

“Islam has nothing to do with extremism or terrorism, but it is a religion of peace,” he said.

PM Imran said that West conveniently associated Islam with terrorism but in the last 20 years, Muslim countries unfortunately, did not respond to this narrative.

"Muslim leaders should have stood up to the West and made it clear that there is no link between Islam, or any other religion, with terrorism," he added.

The prime minister said that the religious scholars have historically played an important role in the creation of Pakistan and they should make the masses aware of the concept of Riyasat-e-Madina.

He said that the principles of state of Madina must be followed if the nation wants to prosper.

Prime Minister Imran Khan said that a society moves toward destruction when people forget distinction between good and bad.

Referring to the growth in the Scandinavian countries, he said these countries acted upon the principles practiced in the State of Madina but we lagged behind for not paying due attention to them.